The Cupertino giant has finally introduced multi-cam support in iOS 13 and iPadOS, which will allow users to capture photos, video, audio, metadata, and depth simultaneously from multiple cameras and microphones on a single iPhone or iPad devices.

This feature was previously available and supported by Apple on macOS since OS X Lion, but there had been some hardware limitations which prevented it from rolling out APSs for iPhones and iPads. Many Android devices also support this feature. The Apple devices which will support multi-camera capture includes iPhone XS, XS Max, XR, and the latest iPad Pro through iPadOS software.

Moreover, this new feature and APIs will also allow developers to offer such apps that stream video, photos, or audio, from using both the front and the rear cameras at the same time.

Users can also perform other specific combinations on your devices, for instance, you can use both the regular and the telephoto camera on the back side of your device or a regular rear camera and the phone’s selfie camera. In addition to this, there are other combinations which allow you to use the TrueDepth selfie camera as well. Furthermore, with the unveiling of Apple‘s triple camera iPhones later this year, the iOS devices will support multi-cam combinations for their ultrawide angle cameras.

Apple has also listed a number of formats which this multi-cam capture feature will support, these formats also impose some artificial limitations as compared to the camera’s normal capabilities. You can view the format list in the picture below. 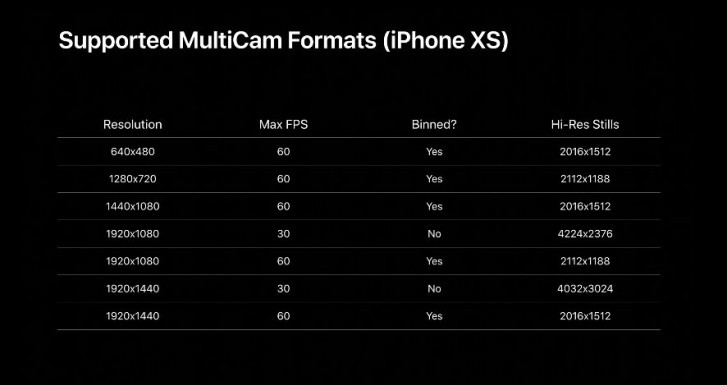 The tech giant will release the multi-cam feature and API as part of their new software iOS 13 for developers and will allow developers to add this functions to their apps or create new applications with this feature in it. 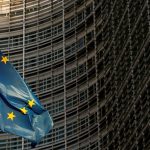 A look at how Europe is regulating tech giants