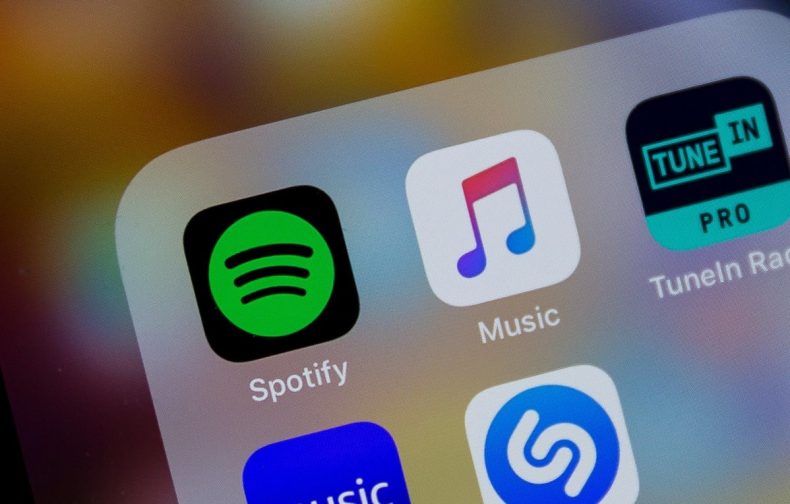 Just when Apple and Qualcomm’s battle was finally over, a new one has begun, this time between Apple and Spotify. According to a report by Financial Times, the EU’s regulatory body is planning on launching an inquiry on Apple regarding Spotify’s claims of ‘anti-competition’.

According to Spotify, Apple is acting as a gatekeeper of the App Store and uses its power to “deliberately disadvantage other app developers.” Back in March, Spotify filed an anti-trust complaint against Apple with the EU where the music streaming company argued that Apple forced App Store rules that “purposely limit choice and stifle innovation at the expense of the user experience.” Apple, however, did not take this criticism lightly and replied back by labeling Spotify’s claims as a “misleading rhetoric” and further said that Spotify wanted all the benefits of Apple’s App store without paying the required fee.

Spotify’s complaint is focusing on App Store’s policy of charging a 30% on App Store purchases, because of this Spotify has to charge its existing subscribers $12.99, for its standard $9.99 per month while the rest goes as App Store fee to Apple. According to Spotify’s CEO, Daniel EK Apple Music enjoys an unfair advantage over this since Spotify is unable to fairly compete with Apple Music’s standard $9.99 (per month) within the Apple store.

Ek further said that if Spotify chooses not to collect payments from users via the App store, then Apple “applies a series of technical and experience-limiting restrictions”. Shockingly, these technical difficulties have also included “locking Spotify and other companies out of Apple services such as Siri, Apple Watch and HomePod”.

If the EU finds this unlawful then it can force companies to change their business models as it did to Google. Unfortunately, investigations such as this can take up several years to conclude. However, if the decision turns against Apple then it might make things difficult for the Cupertino giant as EU up to 10% of the company’s global turnover. Furthermore, considering Apple always ties down its users in its ecosystem, where it overwhelmingly favors its own services, Spotify dude to its massive popularity can make the competition increasingly difficult for Apple Music (within the ecosystem) on a playing level field.