Apple is refunding a $50 credit to iPhone users who paid for an out-of-warranty battery replacement devices between January 1, 2017, and December 28, 2017.

The $50 will be offered to those users who have paid the warranty for iPhone battery purchases for iPhone 6 or later devices. However, this is not a total refund that Apple is offering but somehow the price is close to the discounted one that Apple is currently giving for battery replacements. The credit will be given as an electronic fund transfer or transferred to the credit card you used to pay for the battery change service.

Eligible customers can contact Apple via email between May 23, 2018, and July 27, 2018, with instructions on how to obtain the refund credit. If you don’t receive an email from Apple by August 1, 2018, but believe you are eligible for a credit based on the terms above, please contact Apple by December 31, 2018. Note that proof of battery replacement service at an Apple authorized store may be required. In-warranty iPhone battery changes are not eligible for the refund.

Apple has been criticized for its old and worn batteries. A report from the founder of Geekbench surfaced which claimed that Apple has been slowing down the performance of iPhones with old and worn batteries. The report indicated that Apple has introduced updates in iOS, almost a year ago which ultimately reduced the performance of old iPhones. The major phones affected by this update initially included iPhone 6 and iPhone 6S, however, iPhone 7’s performance also got affected as soon as it got hit with the update. 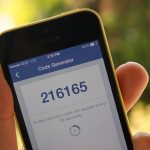