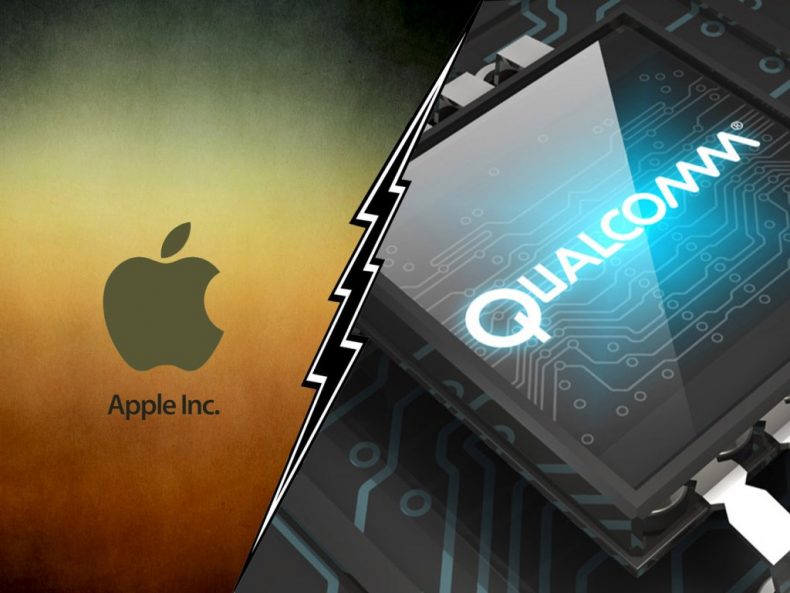 Qualcomm has confirmed that Apple will not use its chips in the upcoming 2018 iPhones. This announcement comes amidst severe legal troubles between the two companies. CNN Money has reported that a conference call between the Chief Financial Officer of Qualcomm and market analysts saw the CFO, George Davis reveal that Qualcomm is not likely to supply chips to Apple for the 2018 iPhones and thereby Apple might them from Intel, which is one of the two major smartphone chipset manufacturers worldwide.

Davis said, “We believe Apple intends to solely use our competitor’s modems rather than our modems in its next iPhone release. We will continue to provide modems for Apple legacy devices.”

Most of Apple’s past iPhones have been using Qualcomm chips for a long time. The scenario shifted natures when both the firms filed cases against each other back in 2017 over royalty payments. Eventually, a significant portion of Apple’s smartphones was shifted to Intel chips, including iPhones manufactured for telecom carriers like AT&T and T-Mobile (both US based).

Industry experts commented that the shift to Intel chips is likely to give Apple an improved position in their case against Qualcomm. However, they have also stated that the limitation of network speeds (detailed below) is likely to have an adverse effect on the minds of consumers.

One of the topmost concerns for the Cupertino giant (and its consumers) is the notable difference in performance between Qualcomm’s and Intel’s chips. According to renowned internet speed testing app developer Ookla, Android smartphones running Qualcomm’s flagship Snapdragon 845 downloaded data 53% faster than iPhones with Intel XMM 7480 chips.

Qualcomm is considered the market leader in terms of chip performance and efficiency worldwide. Their chips are used in a number of smartphones, including flagships of the biggest manufacturers of the world such as Samsung’s Galaxy S9.