Black Friday Sale: A closer look at how HomeShopping fared

It wouldn’t be wrong to state that almost all popular stores conducted their own Black Friday Sales yesterday, sometimes dubbed with different names. People went into a frenzy, stores were brimming with customers and same was the case at their online counterparts.

HomeShopping, a well-known e-commerce store for electronics, also conducted their second Black Friday Sale. HomeShopping mostly stocks electronic gadgets ranging from Computers, Laptops, Mobiles, Tablets, to Gaming Consoles, Musical Equipment, and Home Appliances. For their sale, which was marketed as White Friday, they had discounts up to 70%.

We got in touch with Shayaan Tahir, CEO HomeShopping, who gave us some insights to the sale. He was a little hesitant to share exact figures. However, we got some hints and information in bits and pieces.

Over 1000 orders were made during the first hour at HomeShopping.

According to Shayan, they were a little unprepared for the “White” Friday Sale and received over 40,000 visitors and 1000 orders in their first hour. The massive traffic during that time period caused their website to crash and remained so for close to an hour. This caused them a loss of a significant number of potential customers.

HomeShopping received over 200,000 visitors throughout the day.

The average cart size on HomeShopping was the biggest one, we have come across on Black Friday so far, a hefty PKR 18,000. During the entire day, their site received over 200,000 visitors. The total number of sales at this point is not confirmed as they are facing a bottleneck in processing their orders. The sale continues for the next few days as well and will wrap up on November 30th.

Lack of preparation on HomeShopping’s end resulted in loss of visitors and orders. The website went down at the peak time of the sale and their order processing department seems to be crumbling under the number of orders they are receiving. However, the team has learned a lot from this year’s sale and hope to improve in the future.

This year’s Black Friday Sale in Pakistan has been bigger than last year’s as more orders were placed than every before. This also attributes to the fact that now there are more players in the e-commerce industry of Pakistan.

Daraz, the pioneer of Black Friday Sales in Pakistan, got over 2 million visitors and hinted that they received orders equivalent to orders of 2 months on their website. Clicky, a new entrant in the fashion e-commerce scene, received 5000 orders while Yayvo is claiming to have received over 50,000 orders on the first day of the sale. 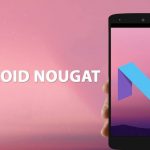