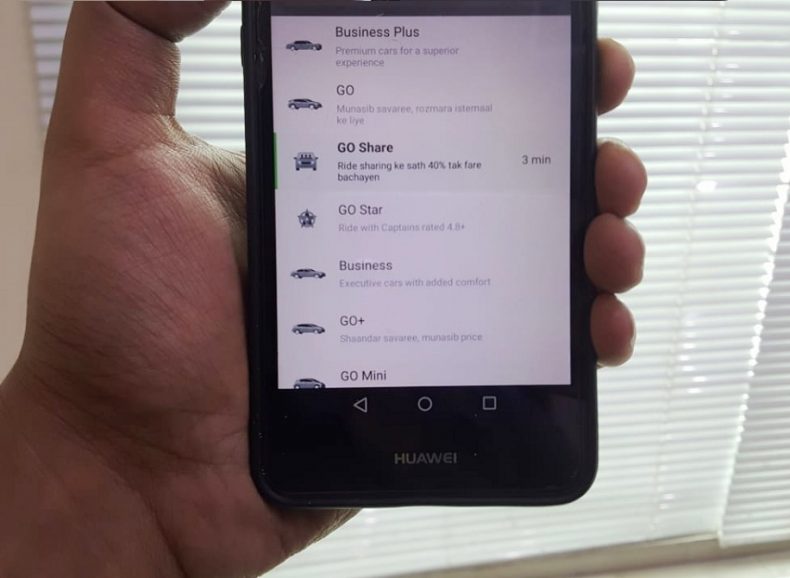 The ride-hailing giant Careem has recently launched a carpooling feature which appears in the app as a “Go Share” option. The feature is quite helpful for those users who prefer economical rides without having to loose luxury, as it helps them to save upto 40 percent from the regular fare.

In the first phase, the service has only launched in Lahore but it will be made available to the other cities very soon.

Careem’s carpooling service allows the rider to share a car with other commuters which are going on the same route to split the fare. To book the ride, you need to select the “Go Share” and book only one seat, once you are done with that you would wait for other seats to get booked. This could take more time as the driver may need to pick up and drop off other riders on the way.

The ride can only be shared between three riders, the fare would not be exceeding the guaranteed price, unaffected by traffic or waiting time.

The service is meant for those commuters who need to travel on the same route on a daily basis, including students, office co-workers or shop keepers. It is also a great alternative for people to enjoy the comfortable ride on low rates as compared to fully rush local buses.

It must be noted that two renowned carpooling services Tripda and Pakistan-based Savaree were launched in the country back in 2014. But, they could not survive in the market due to lack of consumers’ interest, which resulted in shut down of Tripda’s operations in the country, however, Savaree was acquired by Careem.

Meanwhile, Careem has been successfully introducing many useful features in Pakistan since its inception. Recently, an in-app Live Chat feature was launched which enables the user to contact customer care in real-time. Whereas, the ride-hailing company is also planning to launch Food Delivery Service in Karachi in the next few weeks.