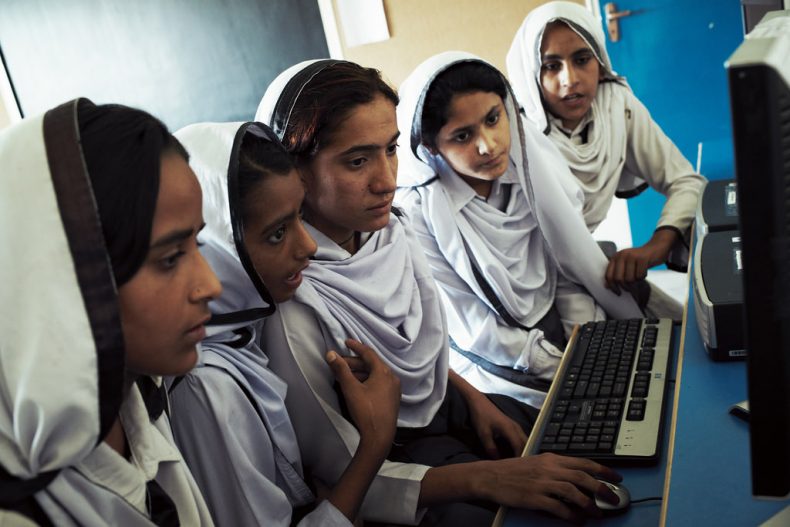 People, including children, all over the world are embracing the internet. While for the children, it is very important to provide a safe and productive online environment. The report from United Nations Children’s Fund (Unicef) emphasizes that the governments and telecom authorities must take steps for protecting children online, globally.

Unicef in its annual flagship global report The State of the World’s Children (SOWC) 2017 ‘Children in a Digital World‘ has said that governments must take steps to expand protected internet access to the children. The report indicates that one in three internet users worldwide is a child and the efforts to provide them safe online content are not enough. Meanwhile, 346 million youth aged between 15 to 24 years is still offline, globally.

The Unicef report also shows its concerns over the fact that millions of children and youth in Pakistan and around the world have no access to the internet which is the major reason that a larger population of major regions around the world is not participating in the digital ecosystem. According to Melanie Galvin, chief of Nutrition for Unicef in Pakistan,

“In a country like Pakistan, progress for every child is much more dependent on safe, inclusive and widely accessible online opportunities. To understand that the digital is not a need but an essential part of growing up in this world is the only way forward.”

The report poses a question mark on the digital networks including the likes of Dark Web and cryptocurrencies, which have become the worst source of exploitation and abuse. Child trafficking and sex abuse have widely spread due to these online networks, claims report.

The SOWC 2017 comprises of the analysis of current data on the usage of internet by children. The report also refers to the impact of digital technology on children, opening a debate about digital ‘addiction’ and the potential effect of screen time on child’s brain development.