The controversial “Cyber Crime Bill of Pakistan” or to be more technical the “Electronic Crime Bill 2016” is expected to get approval from the Senate in amended form by next week.

Also Read: The Cyber Crime Bill could give PTA unprecedented power to govern the Interne.

The Senate would be required to pass the bill next week otherwise the bill would get expired before the next meeting of Senate which is scheduled on August 18.

The amended bill shall contain provisions for a maximum punishment of 14 years along with a fine of Rs 50 million in an effort to culminate the growing sphere of cyber crimes.

The controversial Cyber Crime Bill was approved by the National Assembly four months back. 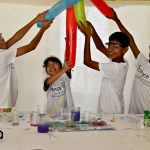