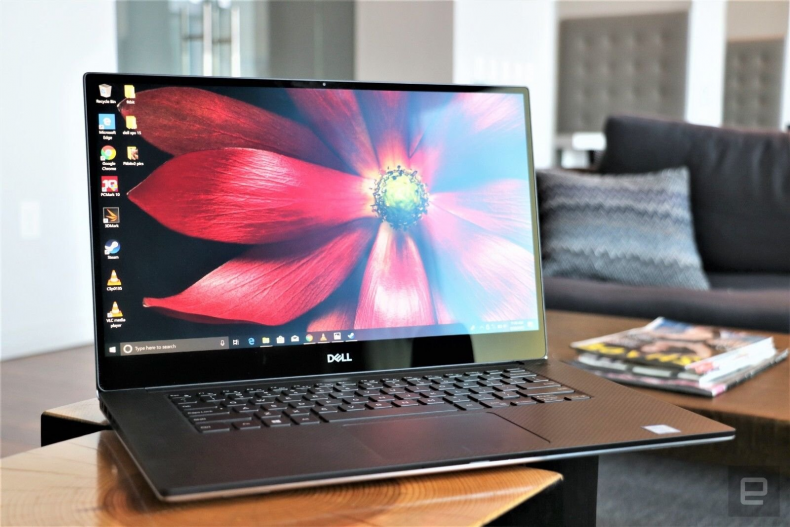 The XPS line is Dell’s most premium offering of laptops. For many, a Dell XPS 15 is what a dream laptop looks like; well built, brilliantly designed and a complete beast when it comes to the spec sheet. Now, Dell has updated the XPS 15, called the 7590, and given it the latest features and hardware options. Although the design remains mostly the same, the internal components have gotten quite a bit better. Here’s a look at what those features are, exactly.

Starting with the processor, the XPS 15 can be ordered with a range of Intel Core CPUs including the i5, the i7 and even the octa-core i9. The computer will be available with up to 64 GB of RAM to handle even the most demanding of applications, and the 2TB of super-fast NVMe storage ensures you have plenty of storage on your device. The laptop comes equipped with a formidable Nvidia GeForce 1650 graphics card as well so you can use it for both business and pleasure. The I/O options include two USB 3.0 ports, an HDMI port, SD card slot, a 3.5 mm headphone jack and even a USB-C Thunderbolt 3 port. All of this comes in the stunning aluminum body, with a carbon fiber keyboard deck.

Although the XPS 15 is one of the best Windows laptops on the market right now, and the new update keeps it relevant in the hardware department, the laptop has an aging design. Many believe that it is time for Dell to come out with a new XPS laptop, but until then, this one will do quite nicely.