Did Youtube Briefly Shut Down by PTA during Imran Khan’s speech? 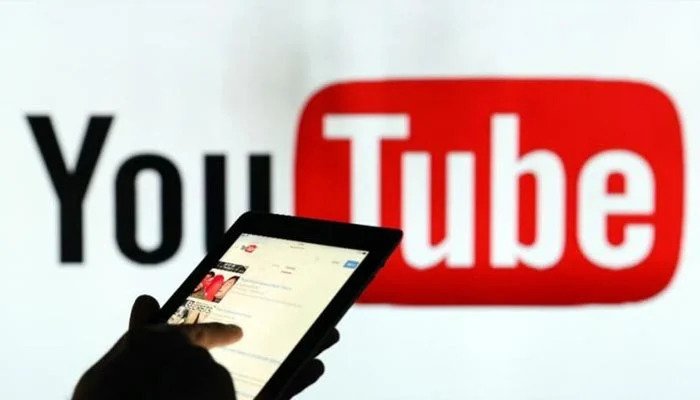 On Tuesday, September 6, some internet users in Pakistan reported being unable to access the video-sharing site YouTube.

This coincided with former Prime Minister Imran Khan’s address criticizing politically motivated cases filed against him and his party leadership, as well as the Pakistan Electronic Media Regulatory Authority’s subsequent ban on the live broadcast of his talks (Pemra).

The former prime minister and his supporters claim that YouTube was momentarily banned in Pakistan to prevent live-streaming of Imran Khan’s address on YouTube.

Aside from hundreds of social media users complaining about being unable to access YouTube, independent internet watchdog Netblocks conducted network analysis tests in Pakistan with users, revealing that YouTube was only accessible to 38% of those who did the test. This meant that YouTube was only available on select networks and not others.

We must assess the available data to ascertain how the filtering of YouTube during a short period played out because the Pakistan Telecommunication Authority (PTA) has not made any public statements to the media or on its website regarding the outage.

ISP representatives stated that they had not received any orders for YouTube blockage on August 21 and that it is now feasible to block applications and websites without telling ISPs to do so.

Legally, it is essential to investigate the laws accessible to the state for implementing censorship.

Section 37 of the Prevention of Electronic Crimes Act (PECA) of 2016 gives the PTA the authority to restrict or remove “illegal online content.” However, for various reasons, the live broadcast of Imran Khan’s address on YouTube does not constitute “unlawful online content,” and the PTA has the legal right to restrict it.

First, Pemra issued a notification prohibiting the live broadcast of Imran Khan’s speech, which applies only to electronic broadcast media and not online sites.

Although the Pemra notification also breaches fundamental rights to press freedom, expression, and information, the PTA is under no legal need to restrict YouTube during Imran Khan’s address.

Second, the PTI government’s contentious Removal and Blocking of Unlawful Online Content Rules 2021, which mandate the application of Section 37 of the PECA, are awaiting amendment by Parliament on the orders of the Islamabad High Court. Furthermore, YouTube claims it is a video-sharing platform rather than a social media platform, so social media standards should not apply.

Even if the social media regulations are accepted as valid, as the PTA appears to be doing with its actions, a corporation is expected to be allowed at least 12 hours in an emergency and up to 48 hours in normal circumstances to reply to a request.

The Rules also provide that the PTA has the authority to ask a corporation to postpone a live stream, although no such notification appears to have been received. None of these prerequisites seem to have been satisfied. Banning a whole platform is intended to be the last option under regulations, the constitutionality of which has been challenged in court and is under review by Parliament.

Since the monsoon rains began and caused flooding across the country, internet connections in Pakistan have been often disrupted. In addition, a lengthy problem with the PTCL landing cable — one of only two that connect Pakistan to the rest of the world through the internet, the other being Transworld Services — has also resulted in connection disruption. However, the YouTube outage was limited to the platform, and all other websites and applications operated normally.

Because the PTA can now filter material, it is conceivable that this was done at the landing station level rather than the ISP level, causing some internet customers to be unable to view YouTube.

What is evident is that there is still a fundamental lack of openness about internet censorship in Pakistan, where the PTA appears to desire total, unaccountable authority over online moderation. As a result of this lack of transparency, we are forced to conjecture based on the data at hand.

This censorship of YouTube demonstrates that the federal government and Parliament must step in to ensure that there are no legal requirements for complete censorship of an entire platform. This is a disproportionate and undemocratic reaction to disagreements among this country’s political elite.

We have debated the merits of internet access and platforms like YouTube, an extensive trove of information, knowledge, and education for people worldwide. Yet, the freedom of expression, association, political engagement, and access to information must all be protected.