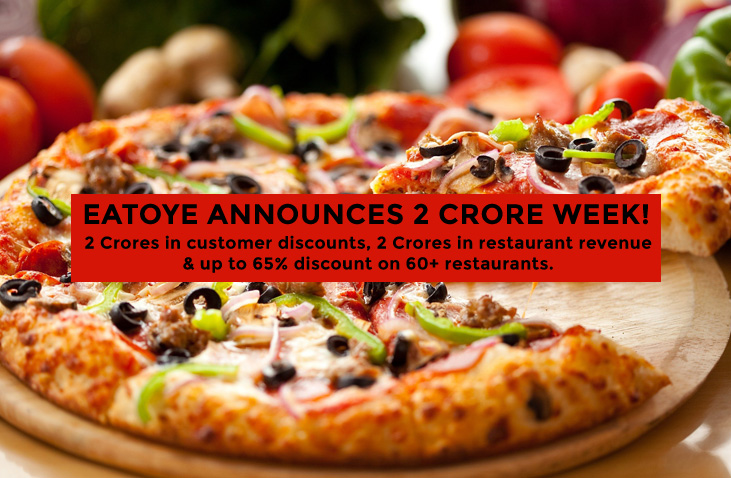 EatOye is a known name for anyone who likes to… well, eat! The quirky name also identifies with their adventurous spirit that drives them towards innovation. EatOye invited bloggers and tech journalists to their unconventional press conference last weekend, to announce their upcoming week of rupees 2 Crores in discounts for customers.

Right off the bat, Nauman Sikandar, Co-Founder and Managing Director, expressed their mission for the year 2015: “Disbursing rupees 20 crore discount for customers.” With a 768% growth in 2014, EatOye was able to hit a healthy restaurant GMV (a revenue metric used by the likes of Ebay and Google Checkout) of rupees 250 million. Another challenge was reaching the highest device penetration among competitors, with 70% growth from Jan 2014 to Jan 2015, which is the highest in Pakistan so far. Using these devices is the fastest way for customers to automatically get their orders placed, without having to explain and follow up for it over the phone, as with most restaurants’ delivery services.

Another sign of startup success was when foodpanda, their main competitors, acquired EatOye and their collective market share shot to 90%. The two companies still work independently and even have some friendly competition, but they share strategic planning and growth targets.

Main announcement of the event: The 2 Crore week.

This means rupees 2 Crores in customer discounts, rupees 2 Crores in restaurant revenue and up to 65% discount on 60+ restaurants. The 2 Crore Week comprises of 6 days, starting off on 23rd February 2015 and finally ending on the 28th. This comes as a sequel to the rupees 1 Crore in discounts disbursed at the end of 2014. So this week’s plan is only bigger and more focused.

EatOye is constantly growing the range of ways they can reach their customers, including newer versions of their recently launched apps for Android, iOS and Windows Phone, besides the existing website. The apps are out of their beta version and app-only discount packages are coming soon to improve mobile traffic. The web portal supports a secure and responsive widget for card payments in Pak Rupees, through VISA and MasterCard. 63 restaurants accept cards through EatOye so far, and the target is to reach 200 restaurants by coming April.

Finally, as Rai Umair, Managing Director, discussed in the second half of the presentation, their main targets, including expansion and increase in customer focus. As he explained the numbers, this becomes exponential in a startup’s life cycle after reaching a certain milestone. Since earlier, your growth was measured against zero, the starting point. Now, for example, taking automation from 70% to 80% would require them to add an additional 400 vendors to the panel, all the while reaching for higher standards of customer satisfaction.

So the next time you’re stuck in a meeting and need a quick order to get your power meal in… tap a few times on your phone, support local talent, and just EatOye! 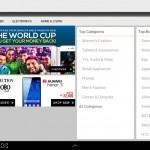