While there has been no official statement by the company in this regard, it appears that they have partnered with various creative content companies for Facebook TV. They include the likes of Group Nine Media, BuzzFeed, ATTN, and Vox Media.

Shows will comprise of 10 to 15 minutes clips. Moreover, Facebook is also planning to expand the time limit of shows from 15 minutes to 30 minutes in the future.

Read also: Facebook is launching a VR headset worth $200

Facebook has been pushing video content on its platform for quite some time now. And the company has also expressed how serious it is about the issue of piracy. Facebook is currently working on a new project which will allow media companies to increase their revenues by charging the readers who read their articles on the social site. Additionally, Facebook has also acquired content rights startup dubbed as Source3 to help content creators from online pirates and content piracy. 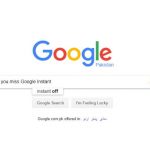