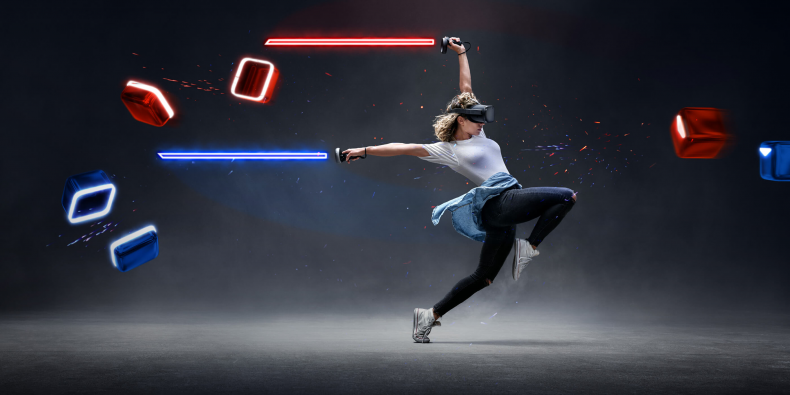 In another development in the tech world, Facebook has decided to buy the Virtual Reality game maker ‘Beat Games’. Beat Games founded in early 2018 got famous after the launch their VR game Beat Saber.

Facebook-owned Oculus makes Rift and Quest VR headgear announced the news without disclosing the financial details of the deal. Oculus posted a tweet from its official twitter account

Great news: @BeatGamesStudio is joining Oculus Studios! @BeatSaber is the first VR-only platinum hit + one of the best ways to show people the magic of VR. We’re excited to welcome this awesome team. Director of Content Mike Verdu shares more on the blog: https://t.co/jKF98nkQ4h pic.twitter.com/oEWS5aGJJk

The Director of augmented and virtual reality content in Oculus, Mike Verdu said in his post, “Beat Games is joining us in our quest to bring VR to more people around the world,”

“Beat Games’ accomplishments are already impressive, but Facebook and the Beat Games team know that there is so much more that can be done across VR, games, and music.”

Beat Saber is a musical game and the concept is sort of a cross between  Dance Dance Revolution and a light-saber duel, it includes many musical beats and the company also planning to launch many more. In the future plans, Beat Games is also shipping a new 360-degree game mode for Beat Saber in December.

Beat Games will still keep updating Beat Saber after acquired by Facebook, the updates include, “social features, new modes, music, and more.” In his post-Verdu said “ Beat Games will operate the same way they have to date as an independent studio,”

Oculus VR was founded in 2012 by Palmer Luckey, Brendan Iribe, Michael Antonov and Nate Mitchell in July 2012 in Irvine, California, which was later acquired by Facebook in 2014. At that time this deal cost Facebook in $2 Billion.