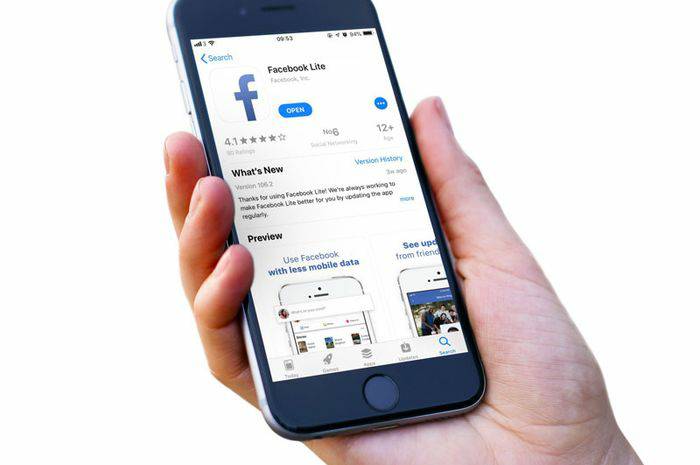 The social media giant Facebook is reportedly discontinuing the Facebook lite app from iOS. According to Facebook, the decision was made, especially for the older phones and low-speed internet connections; the lite app was also getting a low adaptation of users.

The lite app was launched in 2018 by the developers of Facebook. The reason behind the app’s development was to make the network more accessible to users with poor broadband range. Users who have 2g internet connection or older phones were the ones for whom the application was developed.

The app working on low MBs as it won’t show images at higher resolutions or auto-playing videos while making it much snappier and easier to use on older and slower devices with limited storage.

The lite version was only 8.71 MB, whereas the flagship app of Facebook is about 244.7 MB, and according to the users, the app contains a lot of bloatware. Users of the lite app had started receiving the message that the application will soon be disabled. The post states: “Facebook Lite for iOS will be disabled. You can use the original Facebook App to keep in touch with friends and family.”

According to various resources, the app’s lite version is no longer available on the Apple App Store. However, the Messenger lite is still available for download, and the company did not state any news regarding the discontinuation of the lite Messenger App.

A Facebook spokesperson said: “Due to limit adaptation and improvements we are making to improve the experience for people in our apps, we will no longer support Facebook Lite for iOS.”