The Federal Investigation Agency (FIA) has told the National Assembly’s standing committee on Information Technology and Telecommunication that Facebook and Twitter’s uncooperative response is making it difficult for the authorities to address and resolve cyber crime complaints. FIA on Feb 15 announced that they are going to launch a crackdown on social media accounts to curb the spread of false news.

The FIA Director Afzal Mehmood Butt while briefing the NA body said that the agency has received a total of 29,577 cybercrime complaints over the past two years. He said that out of 9,822 complaints regarding fake social media accounts, 8,723 were resolved by shutting down those fake accounts. Pakistan Peoples Party’s legislator Naz Baloch made remarks during the session that many social media accounts are running under her name.

The FIA official told the committee that since Aug 2016 the agency has received 15,433 complaints regarding Facebook, 6,067 regarding Twitter and 3,143 complaints were about WhatsApp. He said that the agency is currently working on these complaints.

The committee chairman Ali Khan Jadoon told the FIA official, “The procedure of registering cyber crime complaints is very lengthy, needs simplification and awareness regarding it should be raised at the very lowest level”. The committee also advised the agency to make its complaints systems simpler especially for women.

FIA told the NA body that the cyber crime wing is short on manpower. The wing has a total of 114 officials, and that the appointments on 407 additional posts would be completed soon, an official informed the committee. 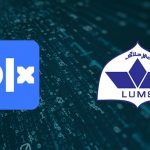 OLX partners with LUMS to train students in data science