Federal Board of Revenue (FBR) has collected 7 billion in taxes for registering mobile phones in the last eight months. An official from FBR revealed the facts while briefing the Senate Committee on Finance, Revenue, and Economic Affairs.

He told the committee that FBR has totally blocked 67500 mobile phones after not registering the phone in the given time period. The committee was chaired by Senator Farooq Hamid Naek, he appreciated the measures taken by FBR on regularizing the smuggled mobile phones and imposing a customs duty on them.

The official told the committee that the PTA’s Device Identification Registration and Blocking System (DIRBS) has discouraged the smuggling. He said even if a smuggler successfully brings the phone in the country, the user would not be able to use without paying tax once he put the Sim in it.

The committee was informed that foreigners are exempted for 60 days after which they will have to pay tax. He said that before DIRBS the mobile phone smuggling was at an extreme level, people used to bring eight to ten mobiles in their bags to Pakistan from foreign countries.

The government of Pakistan is charging lesser taxes on cell phones from the local common people. The Standing Committee also passed the Companies Act, 2019 unanimously after an amendment with the approval of member In-charge. The committee failed to pass other bills including Maternity and Paternity Bill, 2018, the Constitution Amendment Act, 2019 due to the unavailability of persons who moved the amendments.

Addressing the public petition regarding simplifying the tax filing procedure, the official briefed the committee that the FBR lately introduced the Tax Asaan app. The application is providing a facility to salaried people to file income tax returns from the comfort of their homes. The chairman of the committee adjourned the meeting and decided to continue discussing this issue in the next sitting. After that Committee’s decision will be informed to the petitioner. 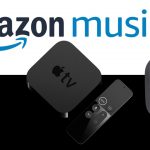