Yesterday at Electronic Entertainment Expo (E3) 2018, the developers of Fortnite – Epic Games announced some further details about the upcoming first world tournament of the game – being called as ‘Fortnite World Cup’. Fortnite is a co-op third-person shooting game where players can explore maps, craft weapons, build forts and do more in order to survive.

However, the title is renowned for one of its game modes ‘Battle Royale’, in which 100 players fight against each other individually or in a form of teams in a shrinking arena. Though the mode is inspired from other games, Fortnite has made so good use of it that it hasn’t been a year since the game’s release and the company is already boasting 125 million players worldwide.

Coming to the point, Fortnite World Cup will be the first official competition of the game and will commence in late 2019 with qualifications starting early in the fall of this year. As previously disclosed that there would be a $100 million prize money but it has now been revealed that the amount would be split between different organized events, online events, and major organized competitions all over the world.

Moreover, the team has mentioned that the world cup would be open to everyone. The qualification would be based entirely on the merit and there will be not selling of teams or franchises by third-party leagues or Epic Games itself.

What about the specifics? The $100,000,000 will be split between many events at different levels of competition around the globe. Fortnite World Cup play will focus on Solos and Duos, but there’ll be plenty of opportunities to squad-up in competition, too.

This is for you, the players. Qualifications for the Fortnite World Cup will be based on merit. Epic will not be selling teams or franchises, and won’t allow third-party leagues to do so either.

Rules, Player Code of Conduct, specifics about platforms and Fall 2018 schedule are on the way. If you’re interested in learning more about Fortnite competitive play sign up here. Stay tuned for more!”

Fortnite is available on PC, Playstation 4, Xbox One, and iOS. It has also been announced for the Android and iOS and just recently been released for Nintendo Switch.

Are you excited for Fortnite World Cup? Let us know down in the comments. For more on the topic, keep following TechJuice. 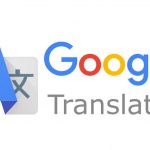