In a recent change to its advertisement approach, Google is now letting YouTube show more advertisements to its users.

Google has changed the way it was using its search-based data for advertisements on YouTube. In a change of its approach towards the video media platform, Google has now started to treat YouTube as one of its extensions instead of an entirely different platform. New advertising possibilities and tools are being added to this platform for brands.

The company announced this Monday that it was going to introduce a new section harboring different ‘Sponsorship Opportunities’. This section would contain advertisements which would be more relevant to your searches and/or reportedly even location. If an individual is watching a game-play of some video game, YouTube would now most likely show him/her a link too, from where that game could be downloaded.

“What we’re announcing at Advertising Week is really a doubling down, really a solution to make a video more actionable and to allow advertisers to measure success,” Tara Walpert Levy, Google’s VP Agency and Brand Solutions, told CNBC in an interview.

Google also added support for a third-party market research company IRI to provide advertisement related analytics to the companies which are running these advertisements for better targeted-marketing. 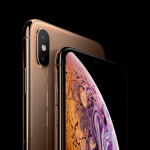