Google has announced ARCore which will compete with Apple’s ARKit and bring augmented reality to millions of Android smartphones. The software development kit works with Java, Unreal Engine, OpenGL and Unity to allow developers to make AR compatible apps for the Android ecosystem.

As for now, ARCore is only available for Google Pixel and Samsung Galaxy S8 but Google is working with other manufacturers to roll it out as quickly as possible. This is to demonstrate that they aren’t far behind Apple in the AR market. Google is also working with developers to rollout AR-friendly websites and prototype browsers have been released so that developers can experiment and port their sites to this new platform.

ARCore will expand on the work which Google Tango did in three years. Google has highlighted the working of ARCore and the three fundamental principles are highlighted in their article are given below:

Google promises to share more details regarding ARCore later this year. It is possible that we will be seeing cool apps running on the Pixel 2 during its probable launch in October. 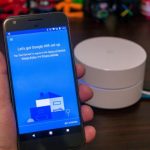