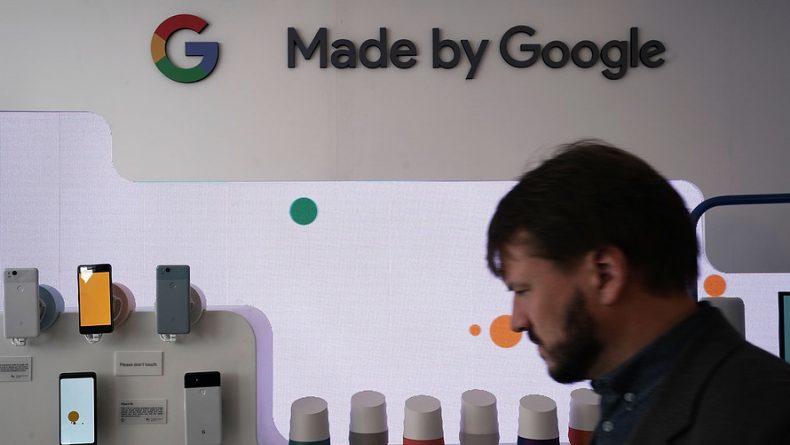 With all of its major sales categories performing worse than projected in the first quarter, Alphabet’s Q1 earnings have been disappointing, to say the least. However, the tech giant clearly has something up its sleeve, as it appeared to confirm an I/O hardware debut that has been rumored for quite a while.

The poor performance in Wall Street can be explained by two troubling factors: the inexperience of the hardware team, and the overall stagnation of the global smartphone market. According to CEO Sundar Pichai, the company’s smartphone series has been suffering from “year over year headwinds” ever since the Pixel 3 and Pixel 3 XL were released back in 2018.

He went on to refer to the relatively recent entry of his company in the hardware development arena as being one of the causes of their recent market struggles, but at the same time, he was optimistic about its future as an innovator in this domain.

In an interview with TechCrunch, Pichai exulted, “I do continue to be excited to see 5G coming and the early foldable phones, which Android plays a big part in driving.” After all, Google has played a significant role in developing the Android user interface designed specifically for foldable devices. Additionally, it has collaborated diligently on Samsung’s foldable phone ventures. It is only reasonable to conclude that the company has a clear sense of direction for its future growth.

Alphabet CFO Ruth Porat went on to explain the company’s plans in greater detail, particularly with regards to the upcoming I/O event. She said, “While the first quarter results reflect pressure in the premium smartphone industry, we are pleased with the ongoing momentum of Assistant-enabled Home devices, particularly the Home Hub and Mini devices and look forward to our May 7 announcement at I/O from our hardware team.”

Of course this statement all but seems to confirm that the Pixel 3a, a mid-tier version of the Pixel lineup, is in the works and set to be announced at their I/O event. This could be immense for the company’s sales growth, as this would be an attempt at solidifying their presence in the hardware space and give them that much-needed momentum.

And after all, that is what Alphabet really needs right now: momentum. As Pichai said, “We see strong momentum. We’re market leaders in the category, especially when you look at it on a global basis.”