The Government of Pakistan (GOP) has decided to increase the electricity tariff rates in a bid to revive the International Monetary Fund (IMF) programme according to sources. The proposed increase has been set as Rs. 1.90 per unit and it will be added to the current billing month.

The government was set to announce the increase in the tariffs after the meeting of the Cabinet Committee on Energy (CCoE) chaired by the Minister of Planning and Development, Asad Umar. However, the meeting was called off on the instructions of the Prime Minister (PM), Imran Khan.

The decision to suspend the conference was made in light of the announcement of the increase in the price of petrol significantly. According to the notification issued, the price petrol is also being increased by more than Rs. 13.07 and high speed diesel by Rs. 11.03. Therefore the news conference was cancelled and will be called again in a few days.

The National Electric and Power Regulatory Authority (NEPRA) had already proposed an increase in tariffs in the previous months as the cost of generation of electricity in the preceding months was higher than expected. However, the Prime Ministers Office decided that the increase would be unfavorable to those already hit by the pandemic. 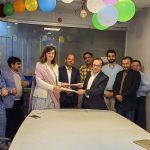