Here is how to play a basketball game inside Facebook Messenger

The social-networking giant Facebook is no stranger to hiding easter eggs in its products and luckily enough, a new one has been revealed in the form of an incredibly addictive mini-game right hidden right inside its Messenger app.

Facebook Messenger, one of the most popular instant messaging service around the world, has a billion plus downloads on Android alone and it is the most-used app by the company, second only to Facebook itself. With that many users, it is nearly impossible to get away with an easter egg or a hidden trick inside the app and sure enough, a new mini-basketball game has been discovered hiding in plain-emoji-sight.

The extremely simple, yet surprisingly addictive game requires you to just flick the basketball up and into the basket. For each basket, you get one point and every basket adds up to your score until your streak remains intact. Miss one basket, and you start from zero again. The game does just more challenging when you reach 10 as the basket starts to move from side-to-side but unfortunately, that’s as far as I got(even after wasting a good 15 minutes). 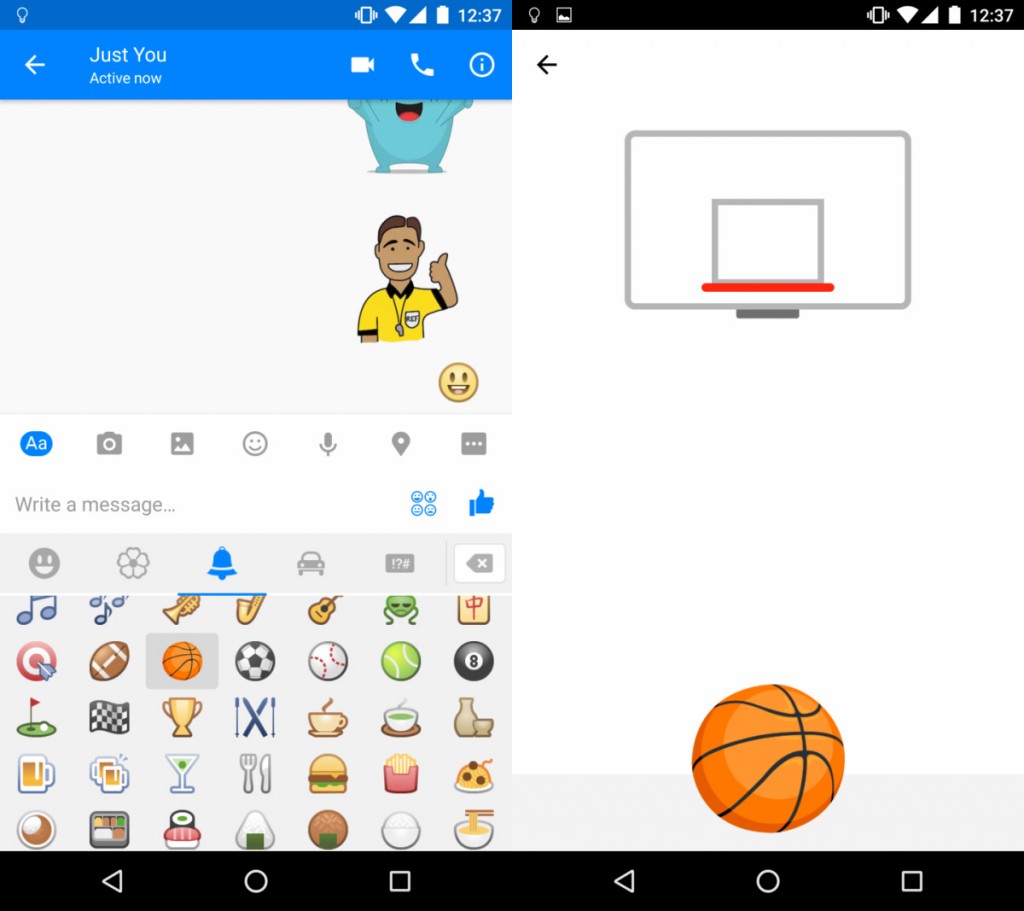 How to play basketball in Messenger?

This is not the only game you can play inside Messenger; Chess. is also an opiton Messenger has become like an experimental playground for the company and is even used by Facebook’s own Artificial Intelligence assistant, titled “M”.

This startup Ticket Kataao lets you earn up to 20,000 per month by advertising with your car