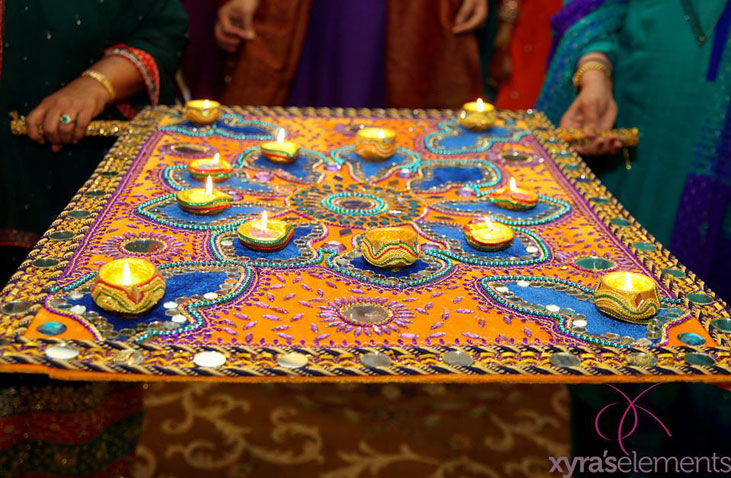 How Pakistanis are using Facebook is a TechJuice exclusive. The aim is to show the world that Facebook, or any social media platform for that matter, isn’t just for connecting people and can be used in various positive ways.

Facebook. The first thing that comes to most people’s minds when you say that word is friends. The second is photos. But to many other people, Facebook is also a marketing and business platform. That’s the case with Xyra Raza, one of the first Pakistan’s female photographer. Before creating her Facebook page, Xyra relied heavily on word of mouth for her client bookings.

“A staggering 95% of my business comes from Facebook. I had no office and worked from home. Facebook gave me a place to advertise my skills and for people to contact me easily. They can simply check out my photo shoots and decide for themselves whether or not they like my work.”

With over fourteen million Pakistanis on Facebook and a huge global audience, businesses that garner enough interest have the potential to really take off and make it big. But it isn’t just the number of likes that count. There needs to be a firm commitment to delivering high quality results. Xyra had to go over some rather different roadblocks than her male counterparts in making her audience realize her talent.

“Being one of the first professional female photographer meant that I had to face some unique challenges. Many times people would contact me and just assume I’m a guy! They’re surprised to discover that I am in fact a woman. That still happens. However this surprise was more prevalent when I first entered the photography field back in 2008. Some people would really doubt my ability as a photographer because the field was completely dominated and run by men. Change is difficult for some people to accept at first but that’s part of life.”

Read also: How Pakistani Art Crafters are using Facebook for their Businesses

Very soon however, Xyra made a name for herself and created her own space. With over 130k likes on her page and vast appreciation for her work, Xyra has created room for more female photographers to pursue their dreams.

“In contrast to those who were a little hesitant about hiring a female photographer, there were many people who actually preferred me over my male counterparts. This was due to the assumption that women have a better inherent sense of weddings, overall aesthetics and that they are more in tune with the bride’s demands.”

She believes that with time, people appreciate genuine talent if you really know how to gauge the client’s demands and deliver top notch results. In the future, Xyra plans on maybe branching out into event management given her experience and know how about the field. She is currently enjoying the global attention she is getting and the many projects she is being hired to do in the UAE.

In good humor, Xyra also shared with TechJuice how sometimes people just automatically assume that being a photographer means you’ve never gotten a good degree or didn’t complete your education. Photography isn’t a field that just about anyone can go into- its an art form that you need to have the eye and skill for. Xyra had that skill, and she also holds a degree in Computer Sciences. 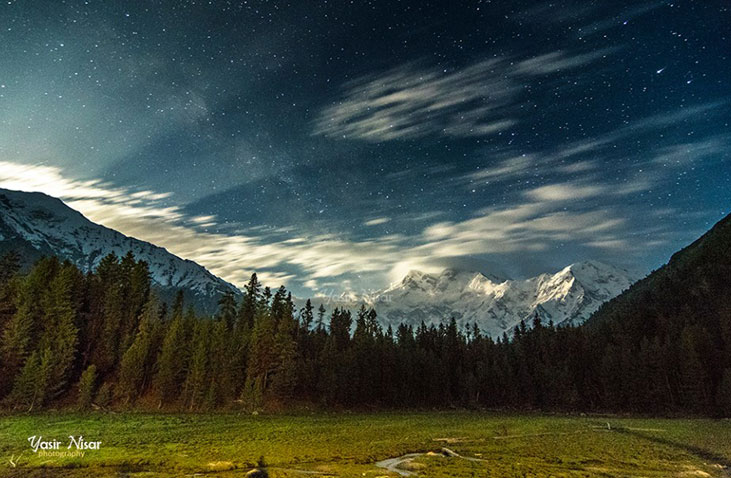 Another photographer with a natural talent for photography is Yasir Nisar who, like Xyra, had no formal training in photography. Yasir fondly remembers having an interest in photography and told us that before he started his career, Google image search results for Pakistan would often turn up old photos of the country, especially it’s beautiful north. There weren’t many photographers who would undertake journeys just to capture the landscape and beauty of the place. Yasir decided that he wanted to show Pakistan’s oft undermined scenery to the world and started photography part time in 2008. Before Facebook, he was on the largest photography group on Flickr and uploaded his work there. By 2011 he decided to leave his job in the banking sector and moved onto pursuing his passion full time. He also created his Facebook page in that year.

“While I had a personal profile on Facebook I was wary of using it for my photography. I prefer to observe where things are going instead of jumping on the bandwagon right away.”

When he finally did however, the response was great. He finds the social media aspect of Facebook is what’s missing on Flickr. It’s given him the ability to communicate with people and vice versa. His portfolio reaches a broader audience as well because just about anyone on Facebook can go through his work. However, Yasir does not need Facebook from a business point of view.

“Unlike the majority of photographers, I do not do weddings shoots or events. Ninety percent of my work is making documentaries and photo shoots that I undertake myself. The rest of the times I do some work for companies and get sports assignments. So being on Facebook does not give me any business because I’m not looking for any. Yes, it helps create awareness and appreciation for Pakistan’s natural beauty among the people of the country but unlike other photographers who heavily rely on this social media platform, I do not have any such dependency nor was it pivotal to establishing myself as a photographer.”

While not all photographers need Facebook as a business platform, Irfan Ahson, an engineer by profession, has enjoyed a huge fan and base and clientele that he has gathered on Facebook. Despite his Bachelors and Masters in engineering and years of experience of working in the USA, he decided to pursue photography full time. After his marriage he started taking a lot of photos and his friends would all appreciate his work. He realized that he was very good at photography when his friends would even request him to do shoots for them. 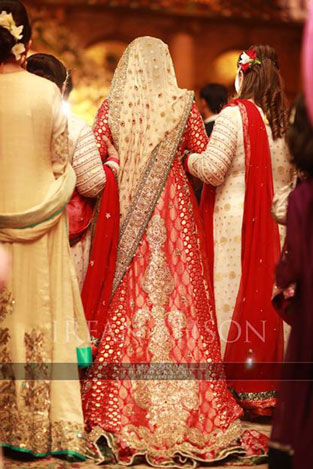 “Before I was on Facebook I would rely on Google SEO techniques and other ways to advertise my services. Like many other beginners I too relied on a positive reputation and word of mouth to get projects. But being on Facebook is what has really helped me establish myself and cement my place as a reliable photographer. Almost all my clients come from Facebook so you can guess how important it is for me.” That shouldn’t be a surprise given his strong following of over 309k likes on his page.

The social media platform has also given him the chance to do some projects that he otherwise might have missed out on. One of these is a photo shoot he did for a hospital in the picturesque U.S. Virgin Islands.

“A friend on Facebook saw my work and contacted me regarding the hospital looking for a photographer. They liked what I was doing and hired me to do the job! It’s one of the best photo shoots and experiences I have had outside of Pakistan so far.”

Irfan also talked about how he gets requests from start ups, NGOs and new photographers to share their pages and promote their work.

“While I wish everyone the best of luck, I can not compromise the integrity and authenticity of my page by constantly promoting other pages. That would just look like spam at one point. Once in a while I share some page or initiative that really stands out. But this is just one of those things that you have to deal with when you have a decent reputation on Facebook. People subscribe to my page to see good photography and I aim on giving them just that.” 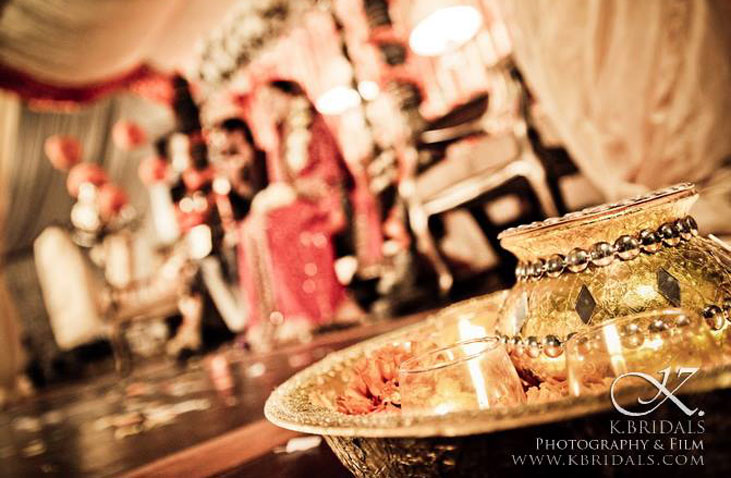 The talk about photographers on Facebook can not seem to be complete without the mention of KBridals, a household name in Karachi. Kashif Rashid graduated from IBA in 1999 and worked in the corporate sector for quite a while. He remembers carrying a camera with him all the time when he started college and like many other photographers, he did photography part time till he quit his job and decided to pursue it full time.

Read also: How Pakistani Bakers are using Facebook for their Businesses

While his Facebook page by the name of KBridals has been around since the end of 2008, it took a while to build a reputation. Before Facebook he was listed on KarachiSnob and was in fact the was the first photographer to be listed on the website. By 2012 he started working with a bigger team and gained momentum in the number of clients and projects that KBridals would get. His page is inching towards a million likes and at the time of writing this article, his followers stood at 926k strong.

“I am humbled by the number of followers that we’ve managed to attract over the years, but to be honest only around 30% to 35% of my clients actually come from Facebook. We use a multi-tier system while marketing our brand and putting our work out there and end up advertising on more than one platform.”

Kashif also has a separate page on Facebook that he uses to display his work as a corporate and fashion photographer. He is often seen at the latest events and has worked for many magazines and publications while doing celebrity shoots.

Facebook pages sometimes serve as discussion forums more than anything else. Kashif says that he has observed many people being vocal on the page regarding his photography but only a handful actually contact him for work. Some followers also tend to get into arguments with others or engage in some occasional criticism whereas those who genuinely like his work contact him personally.

“Some time ago we posted a wedding photo that showed a bride smoking a sheesha pipe. The response was mixed! Some people criticized it and others loved the idea. Those who appreciated it would send me messages saying how much they like what I do and that they’d want the same experimentation with at their own wedding shoots.”

Xyra too talked about the importance of experimentation and innovation.

“You have to stay fresh and deliver new and exciting ideas to the client. Differentiating yourself from the crowd and trying to stay unique will give you a major boost in the right direction,” she told TechJuice.

While Facebook does not seem to have a shortage of photographers promoting their pages, it is a select few who really know how to promote their work and capture the attention of the masses. Thanks to Facebook, many people can now reach a global audience and get projects that could have been impossible to get otherwise. It can also just serve to create awareness or simple appreciation for your talent. 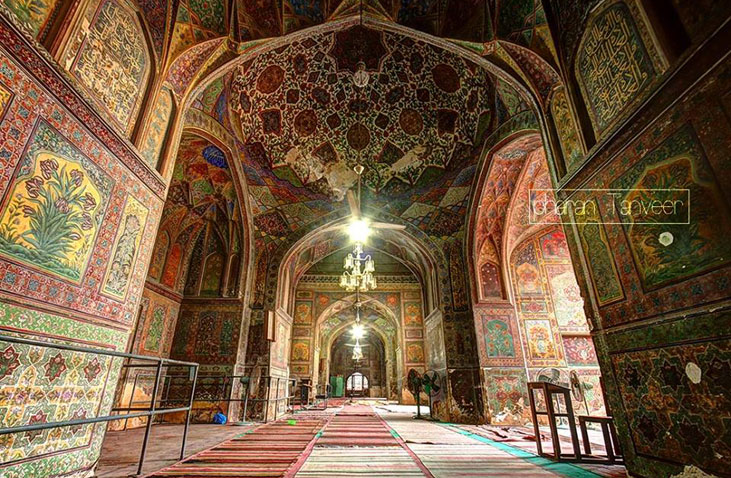 An honorary mention in this regard is the Photo factory by Pharan Tanveer, a LUMS student who has trained himself to become an absolutely brilliant photographer. Like Yasir, he does not use Facebook for business but instead as a virtual photo album. The talent of any good photographer is such that they transport you through time and space into the exact moment the photo was taken and make you feel like a part of it. TechJuice wishes all these photographers and those who are planning to step into this field the very best of luck!

Are there any other photographers whose work you admire? Let us know in the comments below! 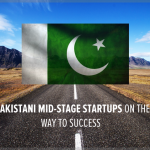 10 Mid-Stage Pakistani Startups on Their Way to Success