Over the past few weeks, users had been facing errors using iCloud on the October update of Windows 10. A patch has been released by Apple to address the bugs which include an error message and failed installations when trying to update iCloud. Microsoft and Apple however quickly jumped in to address the problem. Microsoft stopped the October update for devices which had iCloud whereas Apple worked on releasing a patch quickly.

The iCloud 7.8.1 version released today will address the compatibility errors which users are facing. The support page has been revised which earlier stated:

iCloud for Windows 7.7 and later requires Microsoft Windows 7 through Windows 10 April 2018 Update, Outlook 2007 or later, or iCloud.com (for Mail, Contacts, Calendar); and Internet Explorer 10 or later, Firefox 30 or later, or Google Chrome 28 or later (for Bookmarks).

Whereas it now states:

iCloud for Windows 7.8.1 requires Microsoft Windows 7 or later; Outlook 2007 or later or iCloud.com (for Mail, Contacts, Calendar); and Internet Explorer 10 or later, Firefox 30 or later, or Google Chrome 28 or later (for Bookmarks).

The previous version explicitly mentioned that versions later than April 2018 update are not supported. Therefore chances of errors and bugs were probable. If you are on the October update and your iCloud has the same issues mentioned above, you should update your iCloud from this link here or do a clean install.

Were you facing the issues mentioned above on iCloud due to the October update? 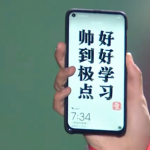