We are living in times when almost all big companies are adopting digital trends. In such a situation there is a dire need for the graduates of our countries to have digital skills which will increase their hiring chances, make them an asset to whichever company they join, or open avenues for them in freelancing. Ignite conceived the idea for the DigiSkills initiative with an aim to “promote excellence in technology, innovation and work ethic, building a workforce for a future driven by the 4th Industrial Wave”. The news about the program first broke a few months back and its entire focus would be to provide digital skills training to over 1 million Pakistani youth.

Mrs. Anusha Rahman served as the chief guest. While speaking at the event she said that our country produces around 20,000 IT graduates each year but sadly there are not enough jobs to accommodate the passionate youth. She went on to say that times are changing and freelancing has opened up new avenues of employment for young people. In that regard it is imperative to provide our youth with the necessary digital skills.

“Preference to outsource operational activities by organization has, however, generated new avenues and already a large workforce around the globe has adopted freelancing as their source of earning. In the freelancing market, freelancers from Pakistan have made their marked being 4th in the list with an estimated number is 0.4 million, which is quite considerable. However, there is still huge potential which should be exploited.”

Ignite has been slowly and steadily taking steps to strengthen the country’s economy by introducing new schemes and projects related to technology and entrepreneurship. Ignite first announced the launch of National Incubation Center in Islamabad which was followed by NIC’s in Lahore, Karachi, and Peshawar while applications are open for the development of an NIC in Quetta. Earlier this year they also launched an initiative to provide entrepreneurship training to 500 women across Pakistan. Prior to rebranding, Ignite conducted a very successful exhibition of Final Year Projects in Islamabad a few months ago. This event was organized by the National ICT Grassroots Research Initiative (NIGRI) which aims to promote, enable, and encourage R&D culture at the grassroots level by offering to fund to high-caliber projects.

Ignite will soon open applications and calls for requests for their DigiSkills program. Keep an eye out! 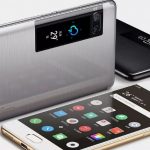