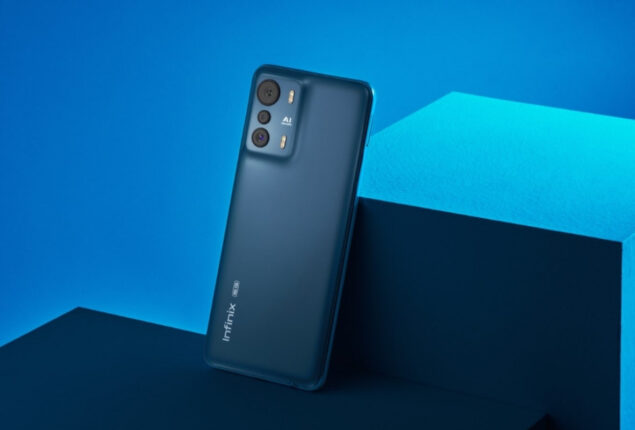 Inifinix recently revealed it’s a flagship device and has joined the 200MP camera trend following Motorolla, Vivo, and Samsung, 200MP has now made a common pixel count by these companies. For Infinix this Infinix 200MP Camera phone is the flagship device, yet uses a mid-range chipset, but it has some very impressive specs elsewhere including of course 200MP Samsung ISOCELL HP1 camera sensor. The 180W Thunder Charge makes this the fastest charging phone on the market which can fully charge the 4500 mAH battery in 12 minutes, so Infinix has gathered a couple of number counts and made a beast in two aspects despite being an average phone in all other areas.

According to multiple phone providers in Pakistan, the Infinix Zero Ultra would be released in Pakistan on 28 October around the price of Rs.70-80k which is now the new mid-range price for mobile devices following inflation and increased taxes. Samsung recently launched a 200MP camera sensor for its upcoming flagship device, Samsung Galaxy S23, and Infinx Zero Ultra is one of the first phones to launch with the 200MP Samsung ISOCELL HP1, which is a 1/1.22″ sensor and has Optical Image Stabilisation and 16-in-1 Pixel binning, which produces 12.5MP images.

The rest of the camera specification is unremarkable, as you’d expect for a phone at this price. It has a generic 13MP ultra-wide lens and a 2MP macro. On the front, you have a 32MP selfie camera. Performance from the 13MP ultrawide is middling at best, like all other phones with this sensor. It is handy if you absolutely need to use it, but it’d be best to try and stick with the primary camera. The overall design of this phone does give off a flagship vibe. Whether you love them or hate to use them, curved displays look attractive, and I love the shimmering white back. The overall look and build quality of the phone seems like it should cost significantly more than it does.

The UI doesn’t curve too much down the side, it only just touches the edges, so you don’t miss-swipe as much as you might on other phones. By default, it will use auto-refresh rate switching, but you can force either 60Hz or 120Hz. For biometrics, you have an under-display fingerprint sensor and face unlock. Both have worked well for me so far, they both seem to be quick and accurate.

This has a 4500mAh battery which seems to be about the average size nowadays. Infinix Zero Ultra is arguably the fastest charging phone commercially available and is able to do 180W. It achieves this by effectively having two batteries and charging them at 90W each (like most phones with these high charge speeds). Infinix claims this will do a full charge in just 12 minutes.

We chose to discuss the processor at the end because it would definitely ruin all your initial excitement, Inifinx Zero Ultra is powered with MediaTek Dimensity 920, which is a very mid-range chipset and scarcely seen in flagship devices. This phone uses XOS 12 out of the box which is based on Android 12. I have experienced no significant problems with it; there have been no glitches or spelling mistakes like I have experienced with some other affordable brands.

Infinix has tried something new by incorporating Web3.0 in the device as with the Infinix Zero Ultra, you can enter to win a special edition NFT. Each ZERO ULTRA is linked to a unique NFT lottery card and every ZERO.

The Infinix animated NFT collection pays tribute to space exploration and is meant to encourage users to explore the Metaverse with technological innovation and endless curiosity. Each NFT represents a space explorer from a different planet, equipped with abilities that represent the main technological achievements delivered in Infinix’s ZERO ULTRA. 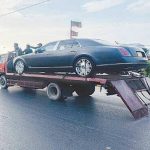 How Come The Stolen Bentley Reached Karachi From London?