In an interview with Financial Times, Instagram CEO Kevin Systrom confirmed that Live Video will soon come to Instagram.

“Live is really exciting for us. I think it can enhance what we’re doing. If I’m trying to strengthen relationships with someone I love, them streaming video to me live would be an amazing way to be closer to them.”

The announcement of this feature will not come as a surprise to anyone. Facebook has been fervently promoting Live Video on its platform. So it was only a matter of time before this feature was made available to Instagram, which is owned by Facebook. It also helps differentiating Instagram from Snapchat, from which it copied its newest story feature.

Kevin gave no time frame for the feature to be made available to all users. We will keep an eye out for further information and update you when it is made available for general public. 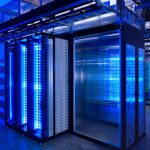