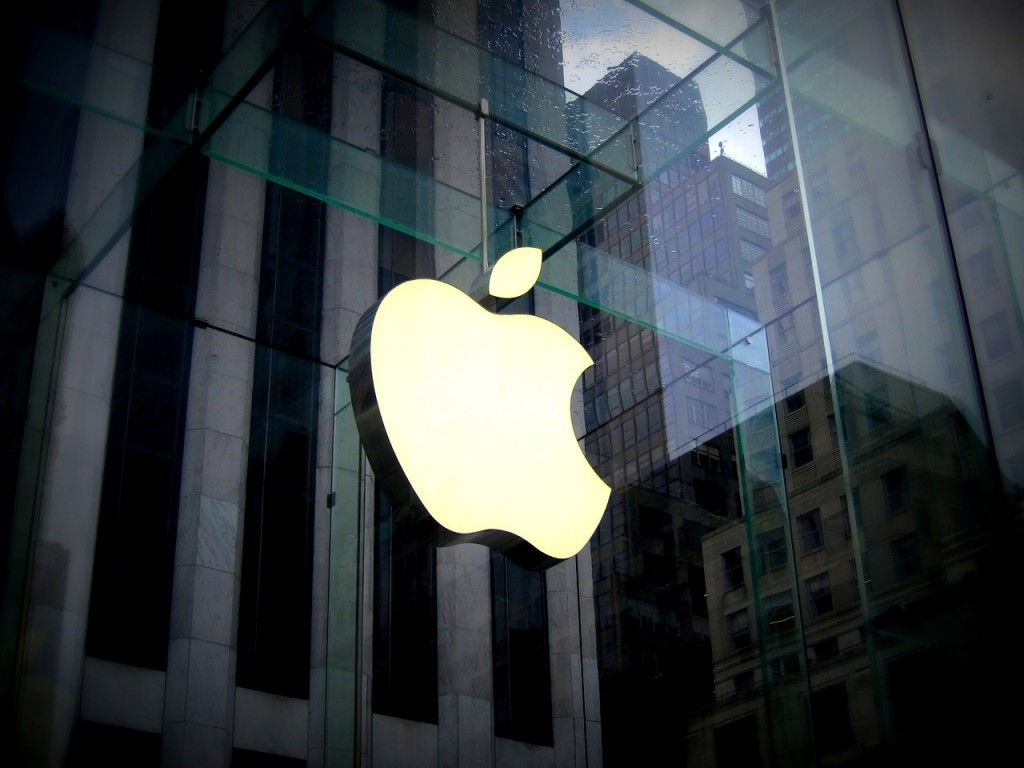 iOS users are more loyal to their brand than Android users, reports Morgan Stanley. According to the survey, almost 92% Apple users would buy a new iPhone as their new mobile instead of buying a smartphone of other brands, the percentage is huge when comparing it to any other brand. Last year, the percentage was around 86%.

On the other hand, the arch rival of Apple, leading Android smartphone company Samsung is way behind Apple in terms of loyal users fan base. The company stands at 77% retention rate. Other Android brands such as LG, Motorola are way behind Samsung, with loyal fan base users of 59% and 56% respectively. The old mate Nokia is below 50% when it comes to loyal fan base service. 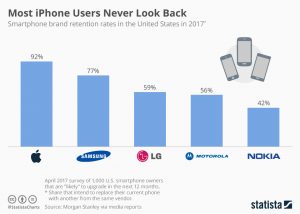 Why Apple has more loyal fan base than any other brand

1. iPhone has its own/unique OS

The first reason why Apple has a huge loyal fan base is due to its OS. Apple has its own OS named as iOS which comprises of entirely different features as compared to any other brand. All the other brands such as Samsung, LG, and Motorola use Android OS which comprises of almost same features. The old mate Nokia is also using Android in its phones but they are also making smartphones with Windows’ OS. It means Nokia is another exception than Apple while it comes to company’s unique OS. But still, the market share of Nokia is much lower than Apple. The competition between Android brands is giving much edge to Apple.

2. Products made by iPhone

The other thing why Apple has a loyal fan base is its wide range of products which it offers to its users. Apple has done very well to establish itself as an aspirational brand. Due to its wide range of products, Apple is gaining Lion’s share from the smartphone market. Recently, Apple tops the chart with the only Smartphone company that reached over $800 billion mark in market capitalization. It actually broke its own last year record of $700 billion. President of the “LibertyView Capital Management” Rick Meckler said, “This landmark by Apple just shows how powerful the company is! It may be the most powerful company in the country right now.” 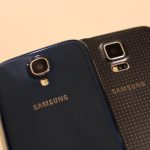