Is Apple’s iPhone 6 a Rip-off of this Chinese Smartphone? 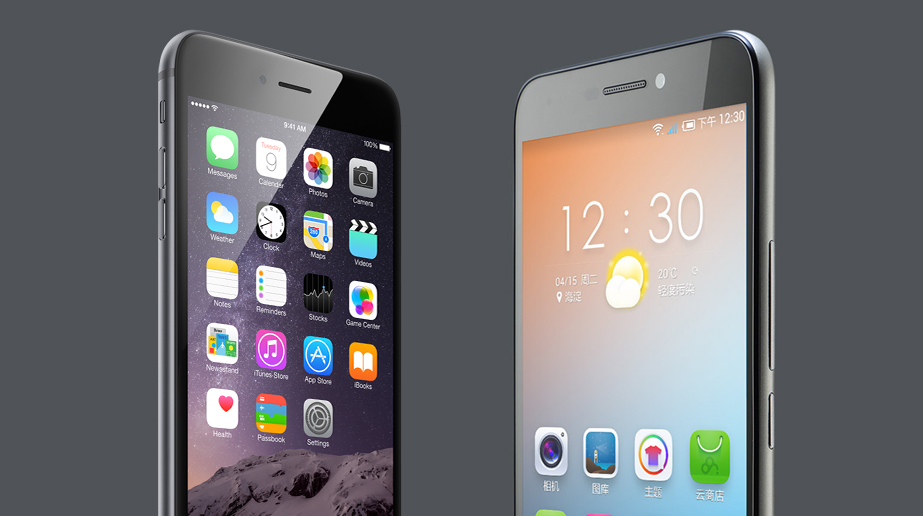 Apple takes its intellectual property rights very seriously, and the past and currently on-going legal battles over its software and hardware design with other industry giants are a clear proof of this fact. Still, a number of Chinese manufacturers are known to introduce devices that are either inspired from, or are a blatant rip-off of Apple’s offerings (looking at you, GooPhone). Therefore it will definitely come as a surprise for everyone that a Chinese manufacturer has turned the tables by claiming that it is actually Apple that’s guilty of ripping off a competitor’s device this time around.

Digione, a Chinese smartphone manufacturer, is claiming that the latest iPhone models namely iPhone 6 and iPhone 6 Plus take uncredited inspiration from one of their products. The smartphone in question is the V6, a low-end Android smartphone that is sold under the 100+ brand for around $130. Digione has even presented a design patent regarding V6 which was applied for in January this year, and was granted later in July. 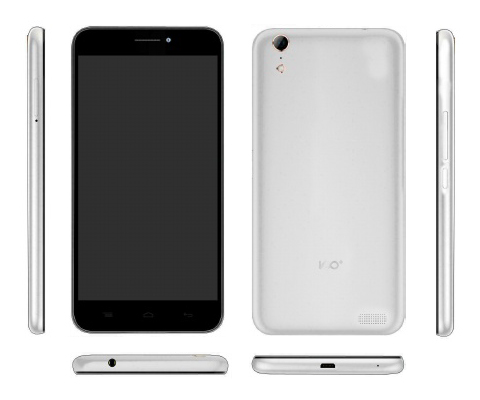 Digione reportedly contacted Apple around the time of iPhone 6’s announcement about the potential infringement of its patent (Application no. 201430009113.9). Having failed to receive any reply, however, Digione took to the social media to present its case and published the letter that it had originally sent to Apple on 2nd September.

Pitting the two smartphones side-by-side, we can see that Digione’s case does hold some water, at least as far as its claim of the likeness is concerned. Still, it might not be easy to prove which company is on fault here. We can all agree that every new product to be introduced these days does take inspiration from a few sources, and it is almost fruitless to explore the origins of such features. It is, nonetheless, surprising to see Apple being accused of the practices against which it is known for taking a strong stance. 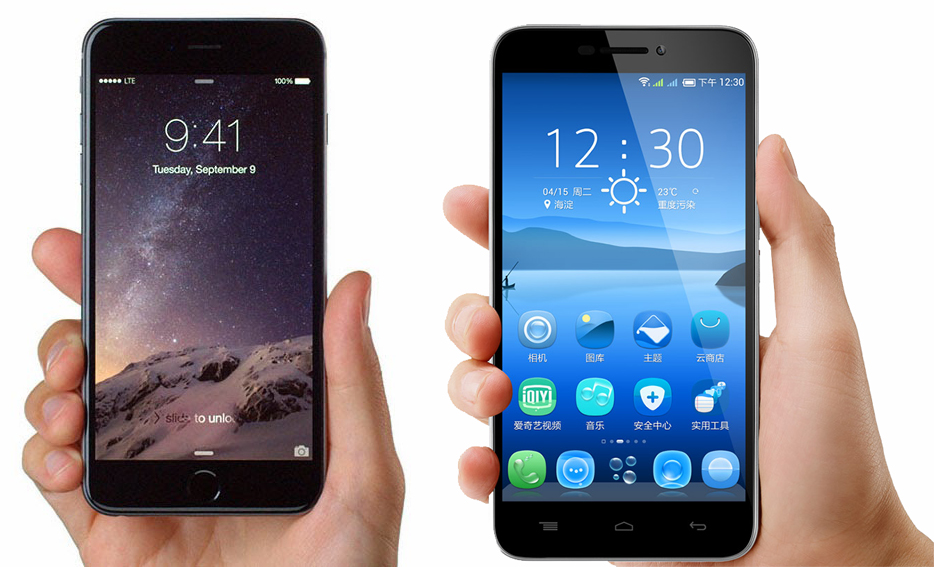 One might also argue in Apple’s favor that iPhone 6’s design leaks have been all over the internet long before its formal announcement. Moreover, V6’s design is too generic with the rounded edges being the only highlight of it overall. To top it all, one can present iPod to counter Digione’s argument: it is equally assertable that it is Digione that copied iPod’s design in the first place. All these intricacies make the matter even more confusing and we’ll have to wait for Apple’s reply in this regard. We, until that time comes, leave the matter in our readers’ hands, whatever they make of it.

Who do you think copied whom, do tell us in the comments below. 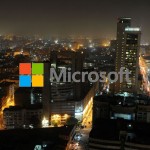