IT Ministry expects to earn 800bn PKR in revenue

Information Technology Ministry of Pakistan has come up with a plan which proposes the telecom industry’s revenue to be massive 800 billion in the upcoming 5 years. The revenue estimation is forecasted keeping in mind the launch of 3G and 4G mobile services in Pakistan which will be the sole reason of huge growth in revenue.

During the first two quarters of 2014-15, the revenue of telecom industry has gained an estimated Rs. 299 billion which is a positive sign. All of this has happened because of the launch of 3G and 4G services in Pakistan which has paved way for plethora of new mobile services which can be monetized in plenty of ways.

See Also: Back to the basics: Net Neutrality 101

These revenues are estimated to grow more in the upcoming years as more mobile phone users will start using 3G and 4G services, hence, generating more revenue through mobile data usage. We have already seen a telecom operator using unfair means to charge and bolster revenues, Ufone is a prime example of such a case, which has started charging users for WhatsApp calls. This decision might be against Net Neutrality but with the growing user base of subscribers using smart applications rather than traditional messaging, this was bound to happen. 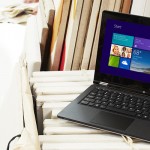