Kik, a popular messaging app, raised $100 million by selling its own cryptocurrency

Cryptocurrency is in a bubble right now. Nobody is sure if it will last but everyone is trying to dabble in it so that, in the future, if it actually comes into mainstream usage, they have an advantage. A popular messaging app called Kik also has something similar on its mind.

Earlier this summer, Kik announced that they will be building an ecosystem like China’s WeChat, a multi-purpose messaging app which can even be used to pay bills. As a result, Kik developed its own cryptocurrency called Kin, modeled on Bitcoin and built on top of the Ethereum blockchain. Now, fast-forward three months, Kik has raised $100 million by selling its own cryptocurrency in what is being termed as the largest Initial Coin Offering (ICO) to-date.

According to the Kin website, the ICO token sale began on September 12 and when it ended a total of 10,026 people had participated in it from 117 countries. The ICO brought Kik a total of $47.5 million worth of Kin. Back in August, Kik had a presale ICO held with investors in which they raised $50 million worth of tokens which brings the total count to $97.5 million. It initially set out to raise $125 million via token sales but had to put a limit on the number of tokens a person could buy.

The company’s CEO, Ted Livingston, is very positive about the company’s move into cryptocurrency and said in a Medium blog post,

“By integrating Kin into our chat app Kik, we hope to spark the creation of a new ecosystem of digital services that is open, sustainable, and compelling.”

ICO has become a popular way among startups to raise funds and a report by CoinDesk termed it as the most effective fundraising method, bypassing Kickstarter and Venture Capital firms. Previously, Stox.com, whose ICO was endorsed by Floyd Mayweather, raised $30 million dollars from its token sales. And a startup called Bancor raised $153 million on Ethereum in less than three hours of its ICO, making it the largest token sale ever until Kik announced its almost $100 million ICO. 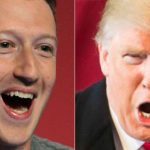