Punjab government is set to launch a long-term $1 billion project by the name of Lahore Knowledge Park in Lahore. With the primary aim of bridging the gap between industry and academia, this project will be enabling the local businesses to prepare ahead of the fourth industrial revolution.

The project will be filling in the communication gaps between the Industry and academia by bringing them close to each other. It will also be bringing academic research in line with the industry requirements. Directly influenced by the fourth industrial revolution, this project will be embodying its technologies and concepts. The project will bolster the concept of the ‘Smart Factory’.

The total cost of the project is going to be around Rs 100 billion. Around Rs 8 billion have already been allocated to the project from the FY budget for 2016-17 as a starter money. A land located just adjacent to DHA and spreading over 850 acres, has been provided free of cost by the Punjab government.

The project will be fully completed over a time period of 25 years and will have two state of the art universities, schools, science and innovation centers, entertainment and business centers, and residential areas. It will be an Eco-friendly project with numerous green areas.

Speaking of the philosophy and aim behind the project, Lahore Knowledge Park Company CEO and Chairman Shahid Zaman, told THE NEWS,

“Our aim is to make Punjab the hub of the knowledge economy, not only for Pakistan but for the entire region. The disruptions caused by new innovations are eroding the competitiveness of our economy.

It is expected that the project will be garnering a lot of attention from the private sector because of its golden location. It will be gathering investments from private sponsorships. Even presently, the majority of board members hail from the private sector. The private companies will be allowed to establish onsite business offices. They will also be allowed to take advantage of cutting-edge research facilities of the project.

Shahid also mentioned that the offers to bear the entire cost of the establishment of this project were declined in order to avoid the deviation and over commercialization of the project. 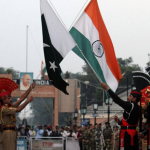