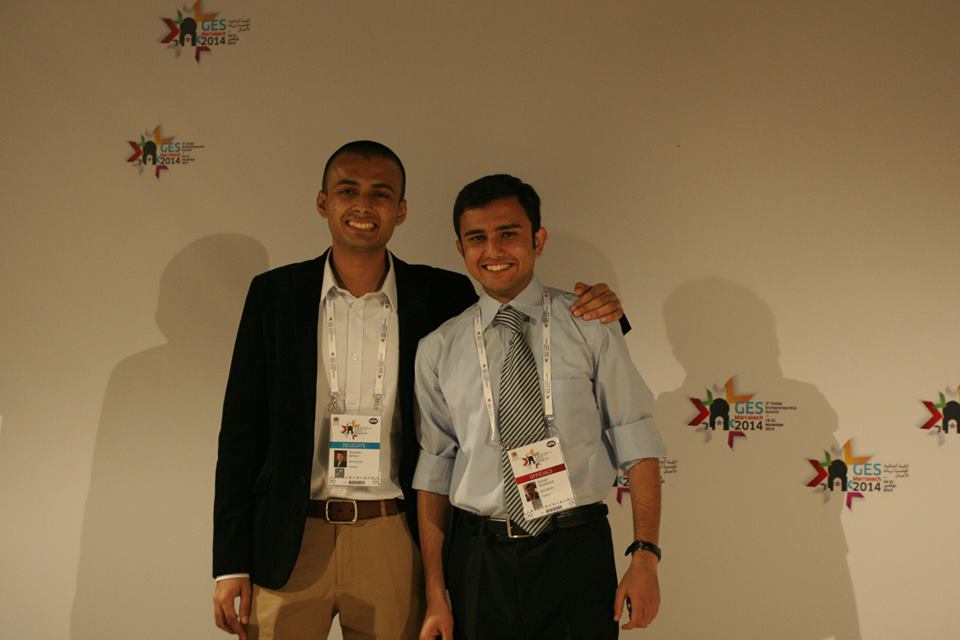 It started as a final-year project back in September 2013, with two young engineers from NUST, researching ways to incorporate interactivity into existing hardware.

“We started by working on ‘next-generation sensors’ and researching on the idea of how interactivity with existing devices can be enhanced. Keyboards and other hardware devices don’t achieve the level of connectivity that one would desire in consumer products,” recalls Shahzeb Mirza, one of the co-founders. “We eventually came across ‘holographic technology’ and applied our previous knowledge to it. One thing lead to another and we came up with ‘Magision’.”

His partner Salman adds, “Magision wasn’t an over-night idea. We started off with bits and pieces and it eventually evolved into what we have today. Once we had a clear idea on what we wanted to achieve, we never looked back.”

Holographic technology is still a relatively novel concept in Pakistan, which is a challenging prospect for the co-founders. First impressions tend to be apprehensive, if pleasantly curious. Regardless, Shahzeb and Salman are determined to develop their product, having faith that, in the end, seeing takes care of believing.

Their idea of “a product that combines 360 degree holographic technology using hand motion to interact with virtual objects” secured them a spot in Plan9’s 2014 batch. Next, they were selected for Startup Istanbul 2014 in September, won the ‘National Get in the Ring Challenge’ and then went on to represent Pakistan at the regional finals in Saudi Arabia. They just got back from Morocco after winning the GIST – ICT award, organized by the U.S. Department of State and the American Association for the Advancement of Science.

“When we came to Plan9, we only had a vision. Plan9 helped us build the roadmap and made us focus on the core things, one at a time.”

Talking about his experience at Plan9’s incubation program, Shahzeb says, “Plan9 helped us put a lot of things into perspective. They broke down the whole process into smaller parts: product, marketing, sales, strategy, investment funding, and so on. With our engineering backgrounds, there was a lot that we probably wouldn’t have achieved without them.”

Having achieved market validation, Magision is ready to launch its finished product. They’re working on signing up local brands and are currently targeting them, instead of advertisers. “This gives Magision access to what customers want, instead of showing them what we want,” explains Shahzeb.

Fortunately, investor attention is not a problem for Magision, with offers coming in from local and overseas investors, especially the Saudis. “We haven’t signed anything yet, but we are keeping everyone in the loop,” confirms Shahzeb.

Discussing the pros and cons of working in an underdeveloped country, Shahzeb pointed out that Pakistan is a great pilot market, with economical access to manpower, infrastructure and manufacturing. “It’s a rich and endlessly opportune market for startups; we’d rather be here than anywhere else.”

About their past, both engineers agree they wouldn’t change a thing.

“Definitely not. We have no regrets. We made it this far because of all the mistakes and choices we made along the way.”

About the future, Shahzeb adds, “We’re looking at expanding our team and will probably sign on a few key people in the coming months. Also, we are looking forward to global opportunities, including acceleration programs in the United States.” “It’s actually quite an exciting time for us — to be honest, we’re just getting started,” concludes Salman.

To up-and-coming Pakistani entrepreneurs, Shahzeb has this to say: “I find it hard to believe that a startup would fail if they have a dedicated team working on a common goal. Pakistan is the perfect place for any startup to build, grow and sustain itself. If you fail here, you’ll probably never succeed anywhere else.” Salman concludes: “No one can tell you what to do. There are no set rules to success. You set your own rules.” 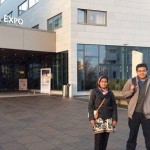