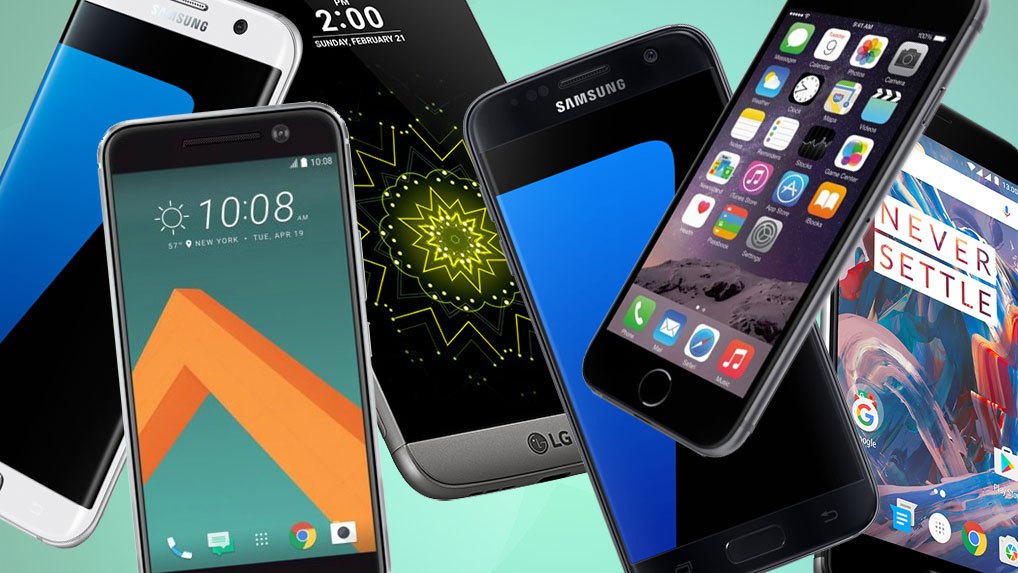 Interestingly, the list alongside claiming the smartphones featuring Snapdragon 845 also reveals estimated announcement timeframes and a few interesting details about these handsets. Snapdragon 845 is expected with some major improvements in terms of performance. It is expected to give a boost of 10-20% in CPU specs, as compared to SD835. However, this is still a leak and we can’t be sure of its authenticity.

These are the smartphones that will be released with Snapdragon 845 in 2018. 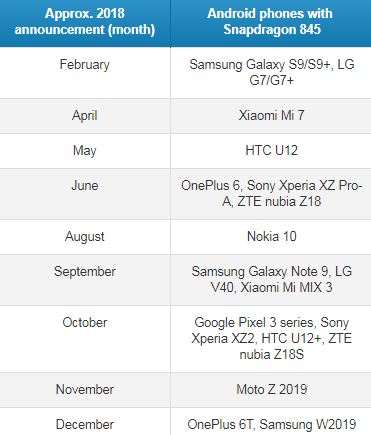 If the leak appears to be true the Galaxy S9 variants and LG G7/G7+ are going to be the first smartphone of 2018 featuring SD845 and will be launched in February. These devices are expected to be launched somewhere near MWC 2018.

Xiaomi’s Mi 7 model is expected to be unveiled in April, followed by the HTC U12 in May, and the Sony Xperia XZ Pro-A in June. However, Sony is also rumored to be launching one of its flagship in MWC 2018, so it still remains to be seen whether that device will feature SD845 or not.

The OnePlus 6 and ZTE nubia Z18 are also expected to make their debut in June. Meanwhile, a new Nokia 10 model is anticipated for August. The list goes on with Galaxy Note 9, LG V40, Xiaomi Mi MIX 3, Google’s Pixel 3, ZTE nubia Z18, Sony Xperia XZ2, HTC U12+, Moto Z 2019, OnePlus 6T, and Samsung’s W2019 flip phone on board. All of these smartphones will be launched after August.

The leak has revealed launch date of every Android phone that matters, except for Huawei, which will be sticking to its artificially intelligent chipsets of Kirin. This is going to be so exciting if the leak is concrete because we already know the exact month of the launch of each major smartphone of 2018. 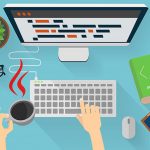