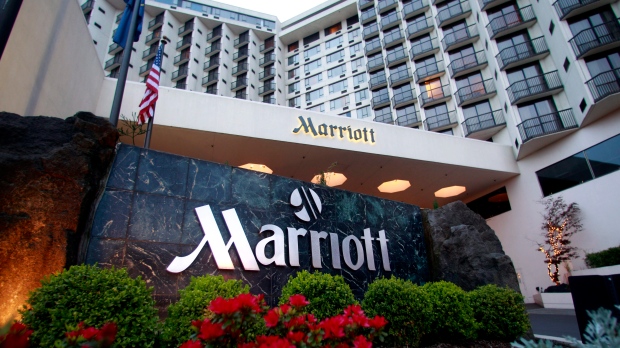 The guest reservation system as operated by one of the subsidiary networks of Marriott International has been hacked, exposing the data of as much as 500 million of its guests.

The leading hotel chain mentioned today that it has taken notice of an alleged hack attack on the guest management database of one of its units. The hack attack which is being potentially termed as one of the largest to affect any of the corporate entities affects as much 500 million of its users primarily from the Starwood unit. Further information about the users hasn’t been made public. As the news went viral, the share value of Marriott also tumbled down by more than 5%.

As far as the details about what data has been compromised are concerned, Marriott mentions that about 327 million users have had their emails, passport numbers, and mailing addresses compromised. The company further mentioned that credit card information of a few users might have also been stolen, although these could be encrypted.

The company mentioned that it was taking steps to erect this situation and that the incident had already been reported to the authorities. Marriott owns as much as 5,700 properties in 110 countries of the world and has a notable presence in Pakistan as well. Marriott bought Starwood in September last year. The Starwood Network includes hotels Sheraton, St. Regis, and W Hotels and Westin.

previous
Taylor Swift is 2018's most influential person on Twitter and she did only 13 tweets
random
next
Hacker hacks 50,000 printers, asking users to subscribe to PewDiePie
Trending Posts