Meet AltStore, a new alternative to App Store on iOS 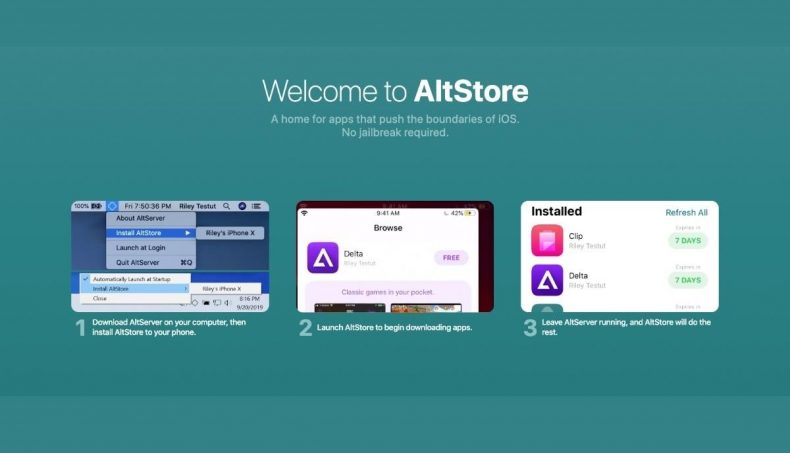 Apple is notorious for having super strict rules and regulations that developers need to adhere to in order to get their apps onto iOS devices. The App Store review guideline document itself is over 12,500 words long. This means that iOS users are missing out on plenty of great apps just because they don’t comply with Apple’s guidelines. Well now, there might be a solution to that problem, in the form of AltStore.

AltStore is actually an iOS app itself, but it functions as an app store of its own, where developers can upload apps that don’t follow all of Apple’s rules. This is all possible without having to jailbreak your iOS device. It was developed by Riley Testut, a 22-year-old iOS app developer and recent college graduate from Dallas, Texas. Riley was actually looking to get a Nintendo emulator that he made, called Delta, onto the App Store. He realized that this would never be possible, due to the restrictions surrounding piracy and copyrights, so he spent some time trying to figure out a way around this.

This all came about after Apple introduced a feature in XCode, its app development platform, that would let developers download apps they made directly to their device for testing. Riley came across the idea of making a system that can replicate this and will let users download third-party apps not approved by Apple. In this way, he could bypass the App Store altogether and download whichever app he wanted on his iPhone. Potentially, AltStore can even become an app ecosystem by itself if enough people start using it. It can be downloaded from https://altstore.io