Microsoft Teams and Xbox Live are down

As of now, numerous Microsoft services including Microsoft Teams and Xbox Live are experiencing outages for multiple users.

According to Microsoft’s Office 365 status page, it is said to be a DNS issue affecting multiple Microsoft 365 and Azure services. Similarly, the Microsoft 365 support Twitter account deemed it as a ‘potential DNS issue’ at 2:56 AM PKT.

We're investigating a potential DNS issue and are evaluating our mitigation options.

Microsoft’s Xbox Support Twitter account has not mentioned anything in regards to the outage though the account has retweeted recent posts from another Twitter account ‘Outriders’ in regards to the server issues. However, the Xbox status page says there is an outage related to Outriders and posted this message:
“You may not be able to sign-in to your Xbox profile, maybe disconnected while signed in, or have other related problems. Features that require sign-in like most games, apps, and social activity won’t be available.”

Though this is not the first time Microsoft faced such issues as outages have occurred before in previous months. 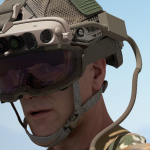 Microsoft enters 21.9 billion contract to make Augmented Reality devices for the US Army