Microsoft’s Vibrant New Flagship Store has Innovation at its Best 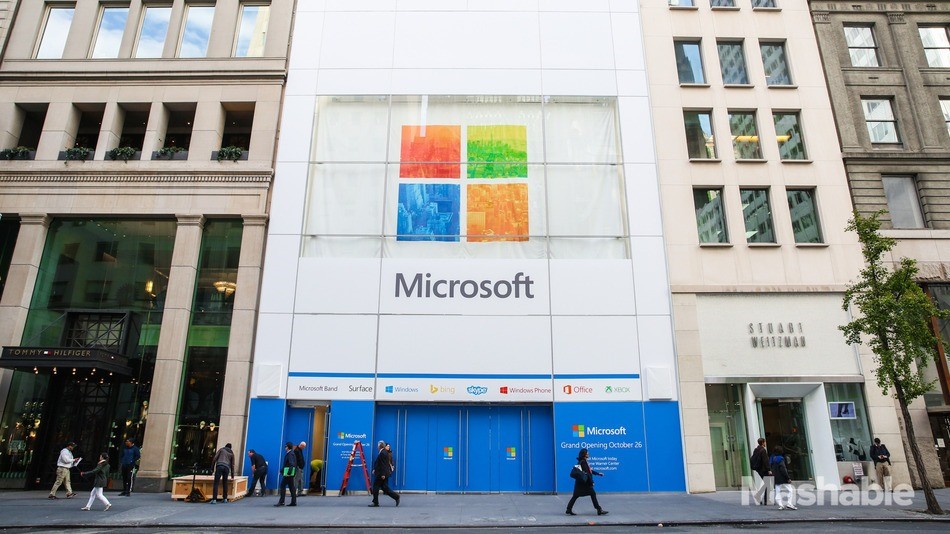 Microsoft opens the door of its new flagship retail store today on 677 Fifth Avenue , New York city, for the customers to get a live experience into the world of Microsoft under one roof. 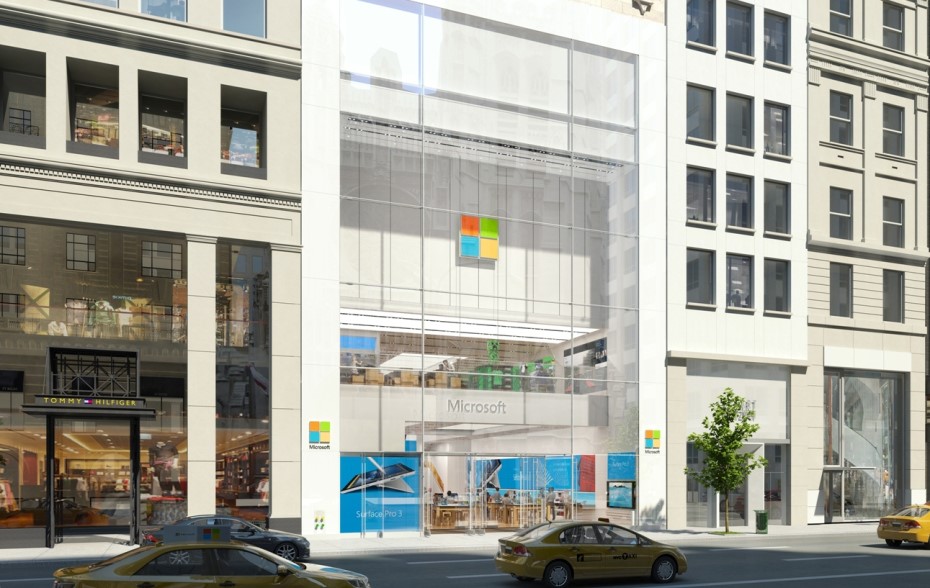 Earlier, Fendi store replaced to now stands a five floor building with a massive glass plane , giving the store an outlook of a transparent box. It is the 110+ Microsoft retail store across United States, and the largest the company has established till date.

Having an look inside the store, one is mesmerized by the designing and marketing philosophy brought by experts. The store is designed and established to show case the wide range of services & technology advancements it has come up with. Enabling customers to have an in person look into the Microsoft software services.

One enters into a Hololens sections that lies on the first floor, never seen before else where.It enables visitors to sit beside and have a deep insight and analysis into it without touching and learn about what’s coming down the pike. 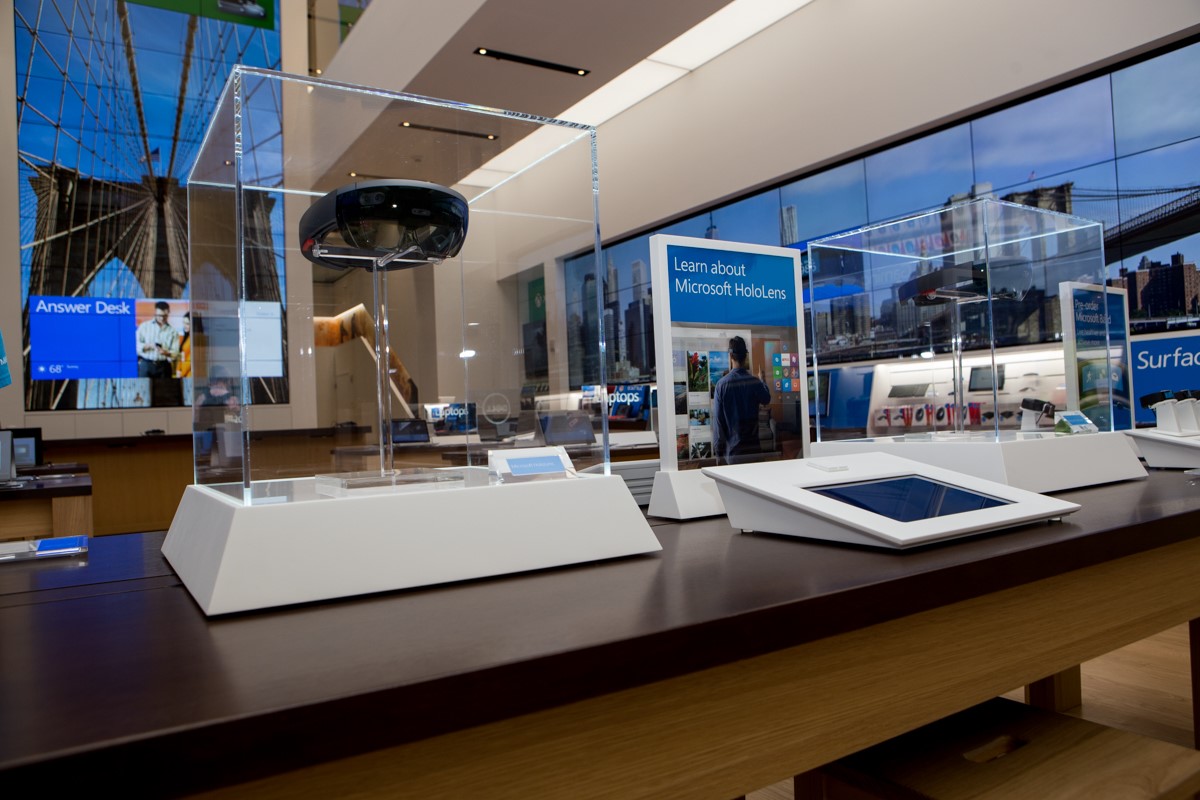 As proceeding upstairs their is fine work space designated for learning, seems like they have gone by the notion of: touch, try and interact. Where individuals can not only play XBOX but also get a hands on experience into the courses ranging from Minecraft to Azure cloud commuting platform. 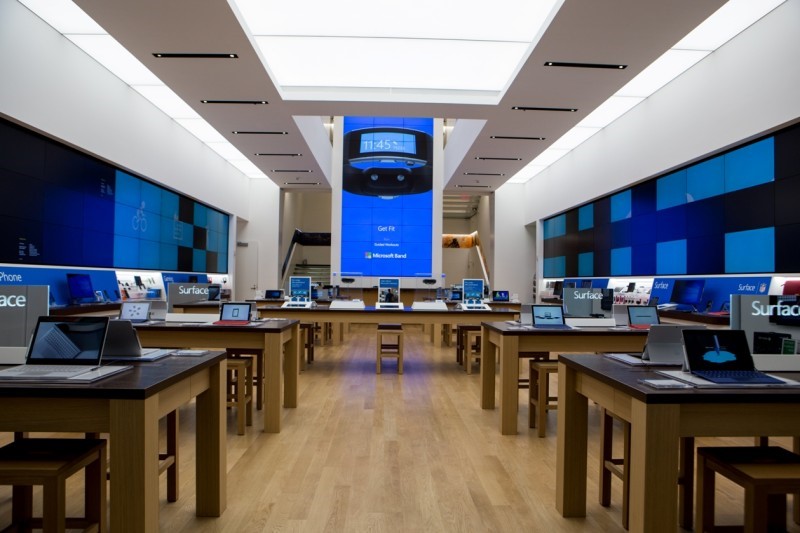 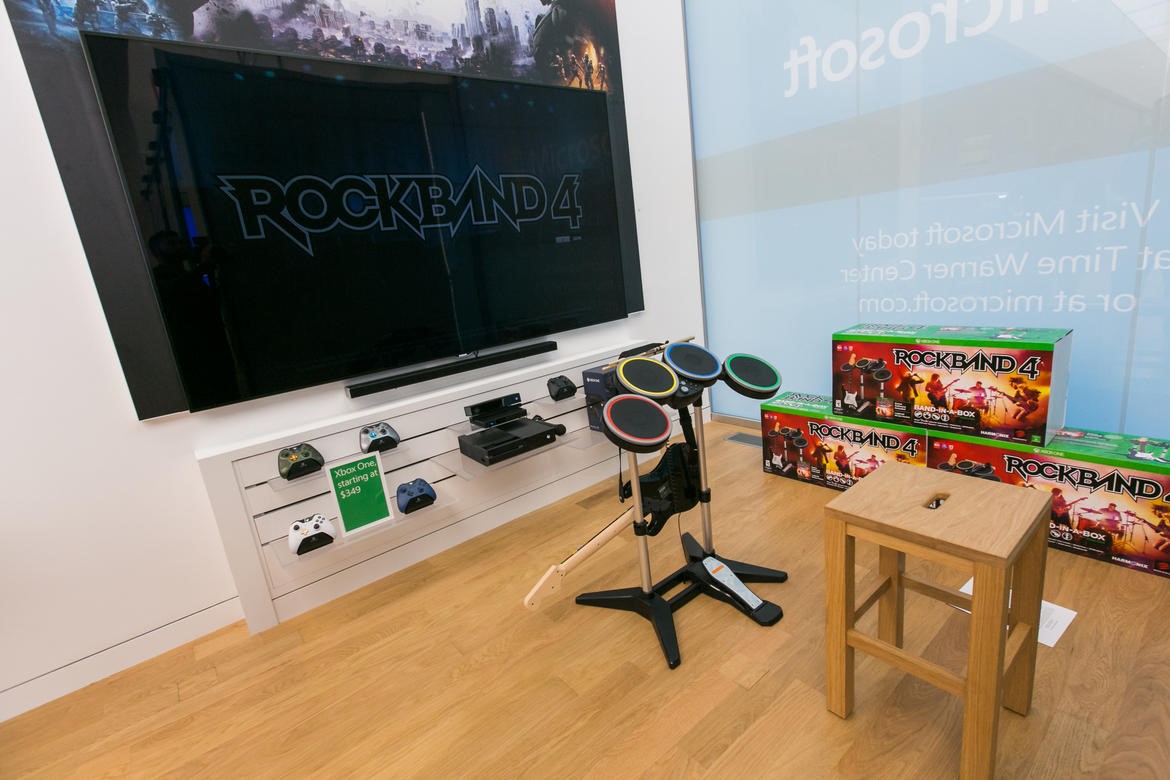 Not only this, it encourages visitors to bring their gadgets and get technology support by the workers on duty. The ambiance of the entire store brings so much warmth enabling customers / visitors to sit and work like in a library and the wooden flooring and tables adds to it.Nothing has been tethered to the tables,every gadget placed is accessible, easy to hold , touch and try. A wide range of hardware is spread out so visitors can have a feel of them ranging from Surface Pro 4s ,Surface books and new lumia phones. 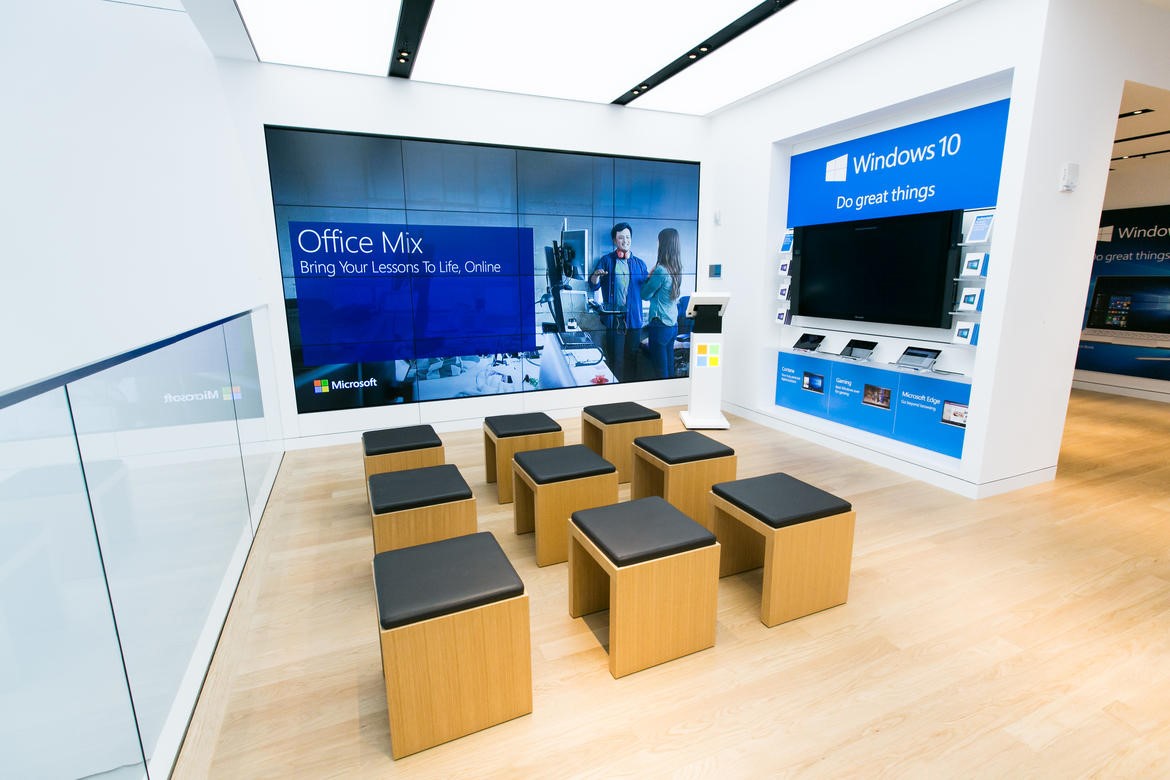 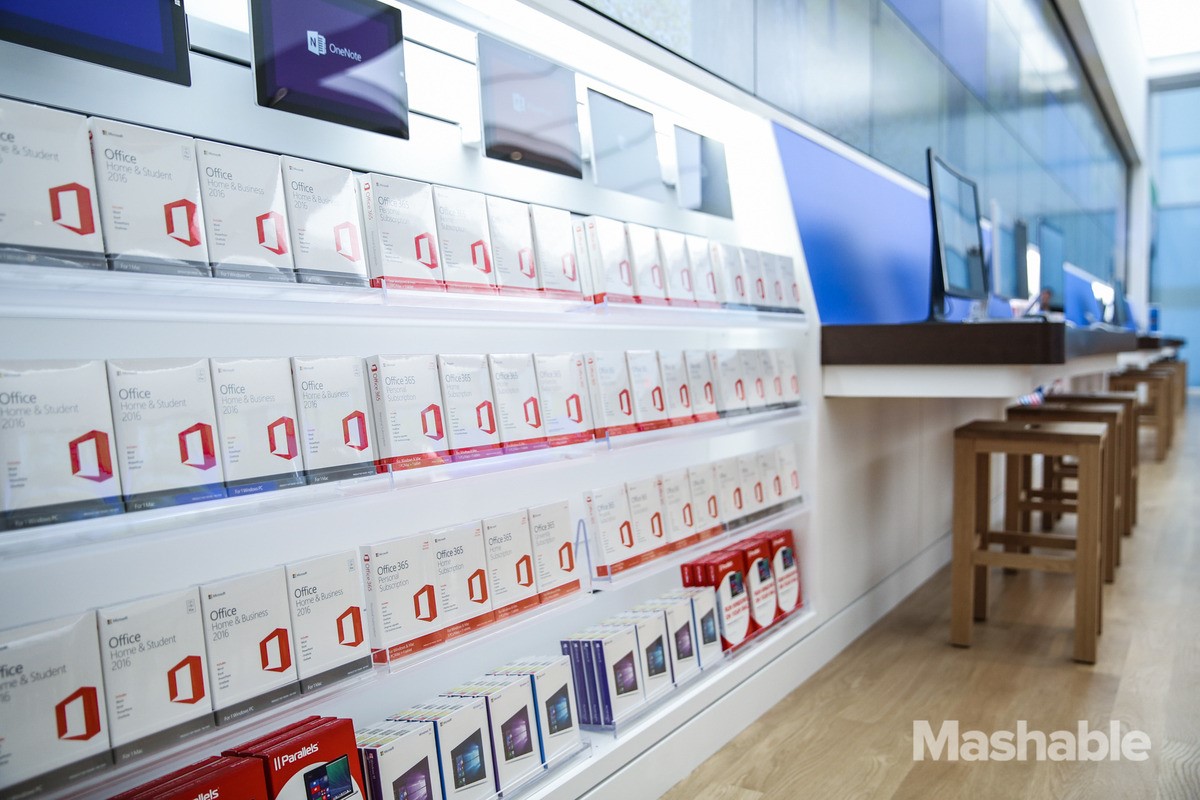 The entire store is a real time manifestation of the brand , as said by David MuAughan, COO of the Microsoft retail and online stores. 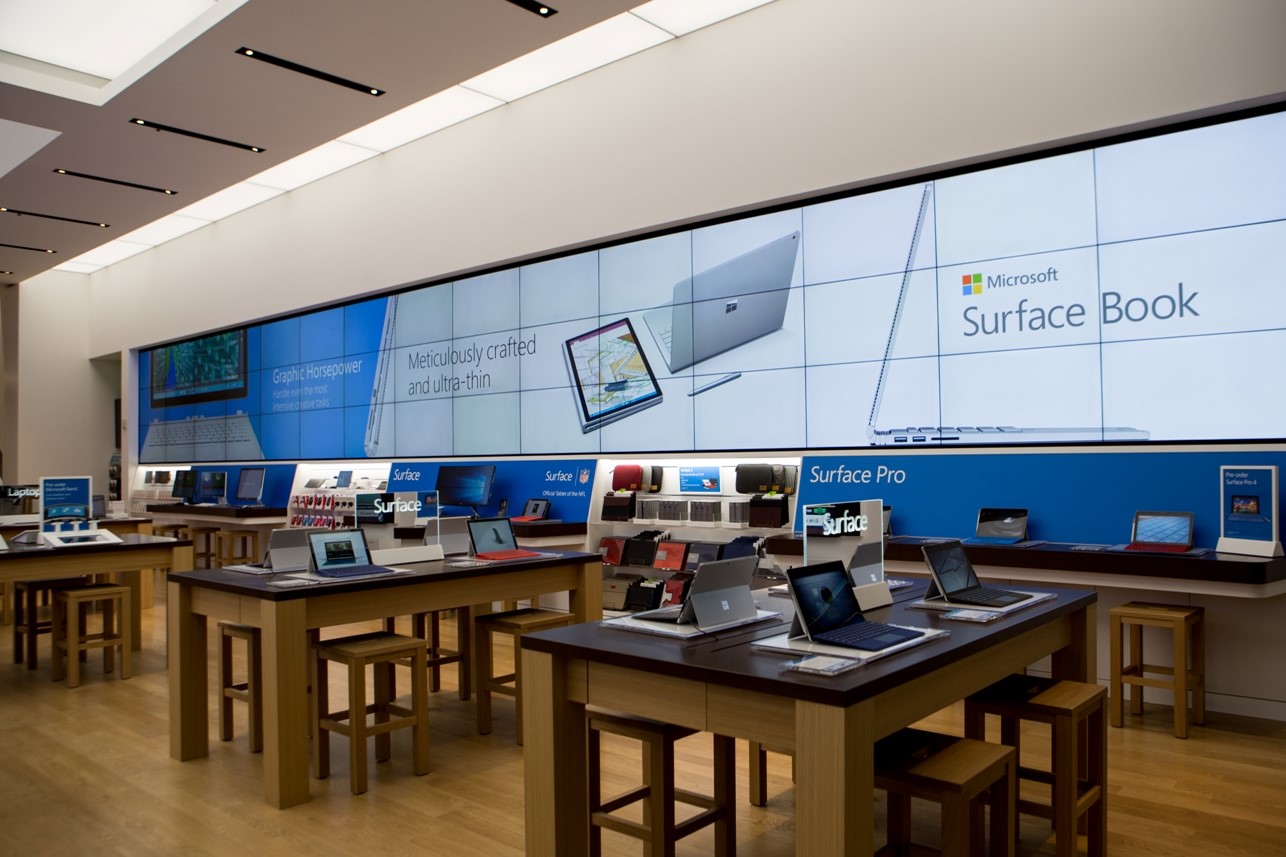 The help desk at the store helps visitors to set up the Microsoft window system into their gadgets. They also solve queries related to Personal computer and phones irrespective of the fact of where one has bought them from. 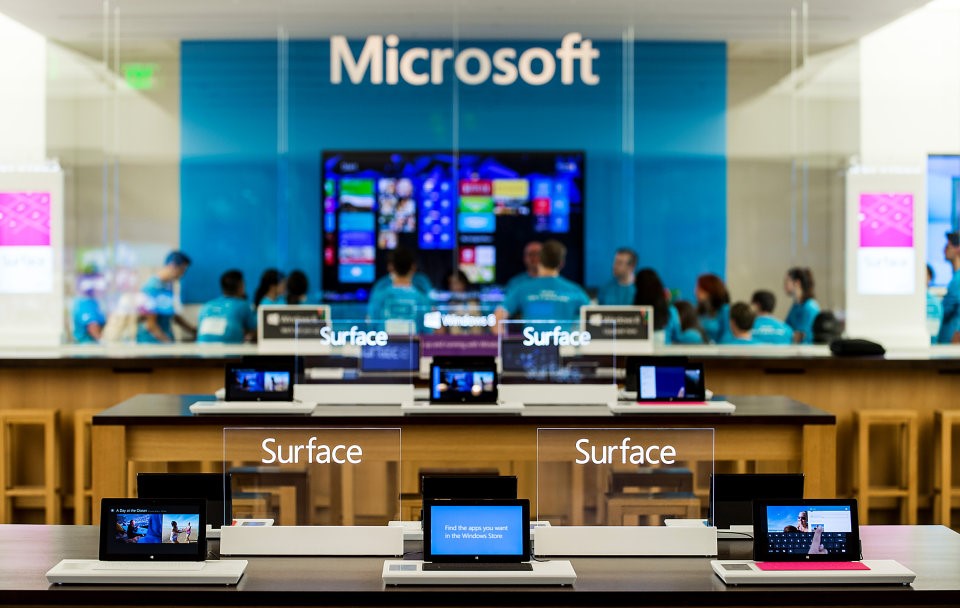 The fourth and the fifth floor are still under construction but the likely hood is that they will be utilized as a conference room or a hall for seminars.

The idea behind the launch of this flagship store at fifth avenue is because of it being a real estate location. The street has 70-80% pedestrians going about because of the high fashion brands in the neighborhood and considering this no better location could suffice it.

Fifth Avenue, now with the advent of this new store has officially become a “Tech street”  deviating from a high fashion brand marketing street.  This is the starting to a new venture of evolving the street as Microsoft has some brilliant ideas of utilizing the space in best way possible . The rough drafts point out  to how the pent house would be utilized , how the MICROSOFT logo backed with lights would be brought down from third floor to second floor at night to grab attention of the visitors/ pedestrians. Moreover, the street would be “techo graffiti-ed”.

Lets hold on to the future and see what Microsoft has in store for people of New York. 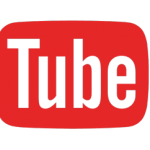