No more ad targeting by email attained without consent, Facebook

Post-Cambridge Analytica scandal, Facebook is deploying safeguards to protect user data against violation. The social media network is now to launch a certification tool, that will verify that advertisers and marketers have attained email addresses with user consent. Facebook will also prevent the sharing of data obtained through Custom Audiences across Business Manager Accounts. Facebook has yet to reveal the complete mechanism of this feature. The tool is currently under development and will roll out in the coming days.

Facebook Custom Audiences feature was launched in 2012 that enables businesses to upload lists of customers’ contact number and email addresses, allowing advertisers to target demographics for advertisements. The feature immediately became a hit driving powerful results for the advertisers in the form of repeated sales. However, Facebook noticed that third-party applications that were illegally obtaining the data and importing it to Facebook for targetted advertisement. This provided a gateway to businesses to compile this wrongfully attained data or obtain it from data brokers, uploading it to Custom Audiences as Business Manager Accounts. The new certification tool will combat exactly for this misuse of data.

For two weeks Facebook has been under fire for the Cambridge Analytica data breach scandal, the ramifications of which have compelled the social media network to rethink user data safety on its platform. Mark Zuckerberg promised in his public statement to deploy tools that will limit the access of third-party applications to user data. Delivering on the promise, the company has discontinued its feature of Partner Categories that enabled data brokers to partner with Facebook for targetted advertisement. To provide a safe space for its community, the social media network is also introducing expiring friend requests to help users manage their requests for people they actually know. 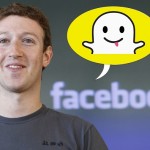