Nokia to get $137 million from BlackBerry over a contract dispute

Nokia and BlackBerry are the two old-school brands which are still betting on dumb mobile phones. People will remember the year 2017 as the year when some popular phones made their way back to the market including BlackBerry Key One and the legendary Nokia 3310. Nokia and BlackBerry have been bitter smartphone rivals and still, there is a hell of a fight left between the two companies. Just recently, BlackBerry has agreed to pay $137 million to Nokia over a contract dispute.

The bonus for Nokia comes from a 2016 dispute over the patent licensing contract. Not enough details of the contract have been revealed, yet it is confirmed that BlackBerry has accepted an International Chamber of Commerce (ICC) decision that the company must pay Nokia $137 million. BlackBerry seems to be disappointed with the forum’s decision as they think that panel has not heard their arguments properly.

BlackBerry gave an official statement this morning, which states,

“BlackBerry is disappointed that the Court of Arbitration did not agree with our arguments in the case but we accept their decision. This ruling does not change BlackBerry’s assertion that Nokia is infringing on our intellectual property and we are continuing to vigorously pursue legal remedies in both the US and Germany.”

As the Finnish company, HMD Global started producing Android phones under the Nokia name, the company has taken care of most of the regulatory and legal affairs. Both Nokia, as well as BlackBerry, which have been the top mobile phone sellers around the world, are striving hard to regain their old positions.

The story doesn’t end here, BlackBerry is still holding to the charges it filed back in February 2017, alleging Nokia of infringing on 11 patents in mobile networking products. It seems like the company is moving away from making its own hardware, and be recognized as software applications manufacturer.

On the other hand, Nokia seems to be fully back in business, by introducing its latest Android phones which are even adequately priced. Nokia 5 and Nokia 6 are enough proof for that. However, one thing which people like the most about the refreshed brand is that their phones will be coming with super fast Android updates. 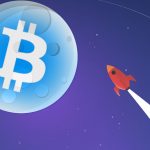