Nokia is the only smartphones brand with superfast Android updates

Obviously, Google comes first but we are talking about the pure smartphone-centric brands.

As soon as the HMD Global has started manufacturing Nokia’ smartphones, the brand name seems to be getting public interest all over the globe. Nokia has proved the availability of the latest version of Android devices even for its budget phone like Nokia 3.

Remember when the new Nokia promised that all of its Android devices will be upgraded to Android Oreo? Well, it sure looks like the company is ready to deliver rather a fast Android 8.0 updates even for the budget phones, putting all the other device makers to shame.

I am not saying that Nokia phones are very much competitive as compared to other budget-friendly devices which are also offering a handful of features but to me, Nokia phones’ legendary design is pure love. Nokia’s Android smartphones with sleek and stylish design, especially Nokia 5 and Nokia 6 could be the ultimate competition in emerging markets.

According to Forbes, the long-term commitment to support will have been noted by industry watchers, and while it may not directly translate to many sales, it increases the confidence in HMD Global’s plans. The Android-powered Nokia handsets are all running as close to a ‘pure’ version of Android as possible.

Recently, Nokia has also announced that it will test Android Oreo beta update on Nokia 3, 5, and 6. Other smartphones manufacturer are slow in this field especially Samsung, who wait out for a stable version of Android updates even for their flagships. 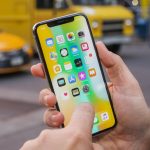 iPhone X sold out in 3 minutes in this country