Nokia has updated 96% of its phones to latest Android version 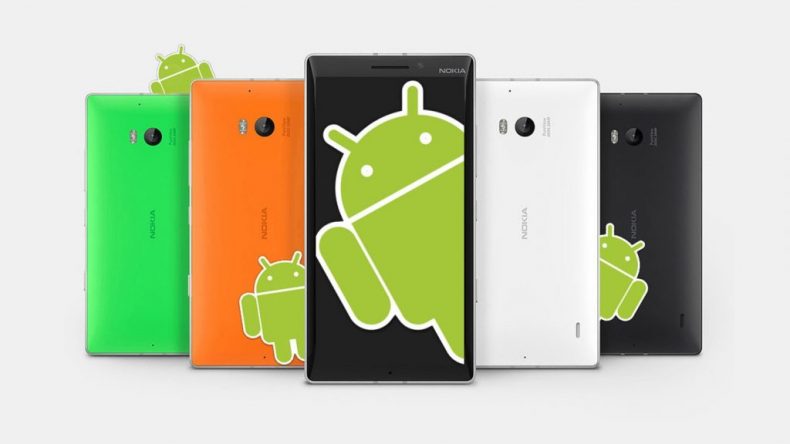 Nokia has become the only Smartphone brand which has 96 percent of its devices sold in Q3 2018 already running on android pie, according to the Counterpoint.

Even the other big smartphone companies like Samsung, Xiaomi, and Huawei have failed to beat Nokia. Samsung stands at 89%, Xiaomi 84%, and Huawei has 82% of its devices updated to the latest version of android. 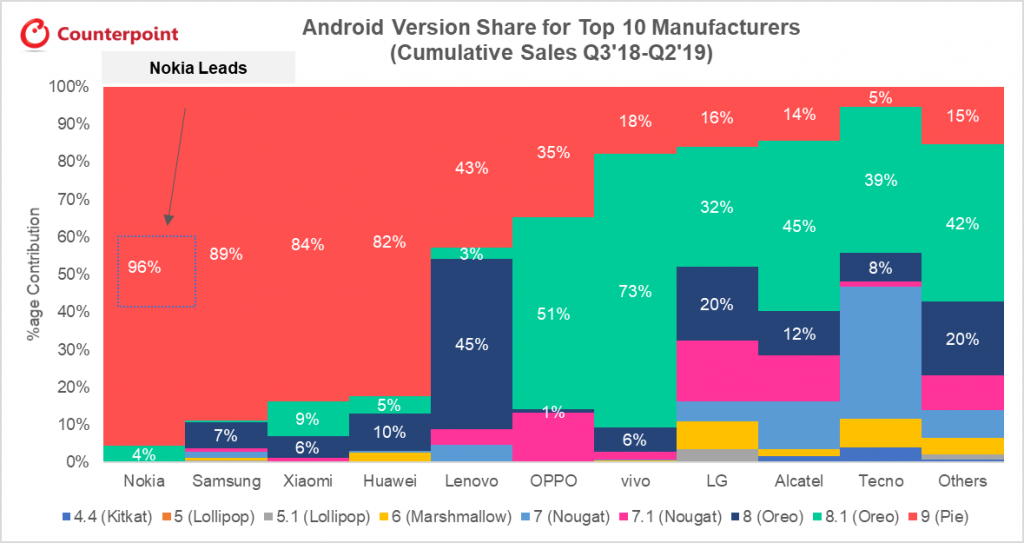 The report also says that Nokia phones are quickest in getting Android updates, they took less time than any other brand in updating their phones to the latest version. Other top smartphone manufacturers are nowhere near to the Nokia, However, Xiaomi is performing very well after Nokia as they are second quickest in updating the phones. 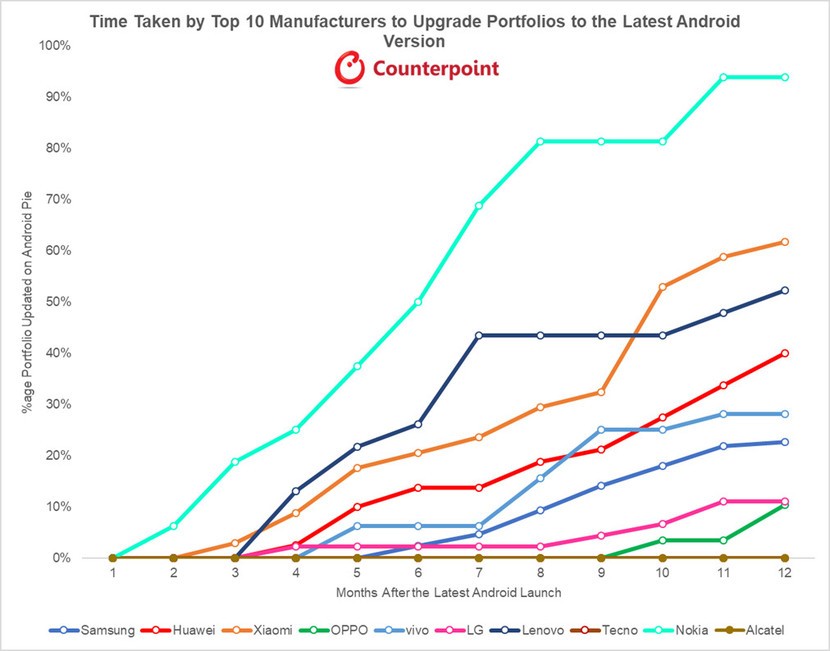 There are multiple reasons for Nokia being on the top – one of them could be the number of devices Nokia produce. Nokia does not manufacture mobile phones on larger scale. Another reason could be that; Nokia is part of the Android One program, which gives its devices an advantage of getting updates for two years.

There is another factor that can be a reason for big mobile brands falling back, that those companies mostly prefer their flagship models as compared to the mid-range phones while giving updates. After the comeback in mobile phone manufacturing, Nokia has outshined in only one area. And that one thing is keeping it in the competition with largely expended and well-rooted smartphone companies.

Updates are very important for a mobile phone user, which does not only gives the mobile a new look but also update it with the latest features available in the market. The report also covers the element that people are not buying new phones but actually relying on one phone for longer period. therefore they prefer the brand which would keep giving them the latest updates.

Nokia has committed to uphold its legacy in the future too, so they are planning to introduce the upcoming Android 10 by Q4 2019. Initially, 3 devices would receive the new version and with time other devices would be updated too.