According to the Pakistan Telecommunication Authority (PTA), 3G and 4G internet is witnessing wide-scale acceptance in the country, with the number of users having reached 92.99 million by the end of January 2021. This represents a boost of 2.49 million users as compared to the end of December 2020.

As per the details shared by PTA, Jazz has so far the highest number of 3G and 4G users in the country. However, the telecom operator saw a decrease in 3G users from December 2020 to January 2021. Its 3G users decreased from 9.02 million to 8.89 million during the said period, registering a decrease of 0.13 million.

Meanwhile, the 3G users of Zong, Telenor and Ufone also decreased in a single month, while all of these operators saw an increase of 4G users.

The Monthly Next Generation Mobile Service (NGMS) penetration increased from 42.43 per cent in December 2020 to 43.5 per cent in January 2021.

The PTA received 14,772 complaints from telecom consumers against various telecom operators including (cellular operators, PTCL, LDIs, WLL operators, and ISPs) as of January 2021. The telecom regulator informed that the authority was able to resolve around 99 per cent of complaints, which are 14,721.

Telenor, which has the second largest number of consumers, was third with 2,300 complaints, meaning 16.04 per cent complaints were received against it. 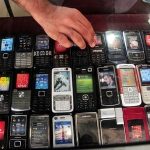