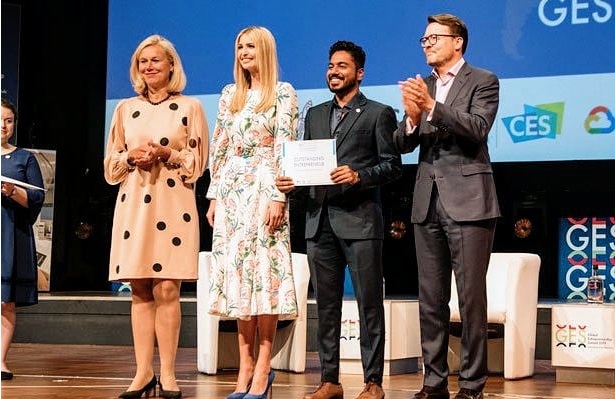 Syed Abrar, Founder of Azaad Health, a Pakistan based healthcare startup, has won the award for “Outstanding Entrepreneur from an Emerging Economy” at U.S. Department of State’s GIST Catalyst Competition 2019 hosted at the Global Entrepreneurship Summit (GES) in The Hague, Netherlands, June 3-5. Abrar was one of the 30 finalists at the competition, representing 18 different countries, competing in five categories of Food and Agriculture, Connectivity, Energy, Health, and Water.

The GIST Catalyst Competition offers science and technology entrepreneurs an opportunity to showcase their businesses on a global stage while receiving coaching from American entrepreneurship experts. Over 4,000 entrepreneurs from around the world applied for the competition this year for the prize of more than $650,000 in entrepreneurial resources provided by Amazon Web Services, the Consumer Technology Association, Google, IBM, Microsoft, Philips, and Silicon Valley Bank. Top 5 finalists in each of the GES focus sectors were selected to pitch in front of the GES during the GIST finals plenary.

AzaadHealth is a global patient-owned health data exchange network built on blockchain which aims to empower patients by democratizing health records, by pulling and combining health data from multiple disparate sources like healthcare providers, personal wellness devices and other sources. The idea is nothing short of a blessing for many families with loved ones suffering from a terminal or chronic illness. The startup was founded in August 2016 after Abrar went through a personal loss due to mismanaged medical records. Abrar applied for incubation at The Nest I/O and was selected as one of the startups in the fourth cohort where he received training and mentorship to turn his idea into a practical business.

“When AzaadHealth was incubated at The Nest I/O in August 2016, it was one of the very few startups in the healthcare industry making use of blockchain to solve a problem that affects thousands of people every day. I’m very pleased to see Abrar receive international recognition for all his efforts and hard work. Winning the GIST Catalyst Competition is a big stepping stone for Abrar and will help him reach his potential as an entrepreneur and bring the impact he is destined to in the world of healthcare” said Jehan Ara, President P@SHA and The Nest I/O.

Abrar received his award from Sigrid Kaag, Netherlands Minister for Foreign Trade and Development Cooperation, Ivanka Trump, Advisor to POTUS, and Prince Constantjin of Netherlands on June 5, 2019. As a winner of the GIST Catalyst Competition 2019, Abrar will receive US$25,000 in Google Cloud Computing Credits, a booth at Eureka Park CES 2020 from the Consumer Technology Association, one-on-one mentorship sessions from Silicon Valley Bank, and an opportunity to incubate in the US for 6 weeks through the GIST Business Incubation Program.

“I am honored to have had the opportunity to represent Pakistan at the global level through AzaadHealth and feel proud to have brought home this prestigious award which is a testament to the fact that the Pakistani Startup Ecosystem is one of the best in the world. We now have an opportunity to get incubated in the US and we will use this to further our goal of making Azaad Health a global organization” – comment Syed Abrar, Founder Azaad Health.

Azaad Health will be the first startup to represent Pakistan at the International Consumer Technology Association (CES) 2020. 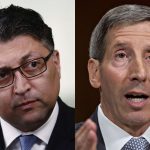