Performance of iPhone 6 reduced by 40% after Spectre patch

There were earlier reports about the latest hardware vulnerabilities Meltdown and Spectre that when they will be patched by software updates the devices will see a drop in performance, especially for older devices. And here it comes, starting with the poor old iPhone 6. It looks like Apple has decided to let all troubles fall on it. On Monday, Apple released iOS 11.2.2 update to patch Spectre on its iOS devices but it didn’t end up quite well for some of its devices.

As both vulnerabilities, Spectre and Meltdown exploit the CPU’s cache, hence both single and multi-core performance are strongly affected and memory access took a hit as well. However, the above test doesn’t show any sign of reduction of battery performance.

There’s a possibility that test results conducted on different phones and by different platforms may differ from each other. A Geekbench’s database result shows a very different result than the above one. However, another one by an ordinary user has quite similar numbers than Melvin’s.

According to the reports by GSM Arena, the performance issue seems to impact the older devices more than the newer models of iPhones. As the iPhone 7 and iPhone 8 do not face any strong impact on performance even after being updated to the iOS 11.2.2.

Meanwhile, Apple’s #BatteryGate embarrassment seems to be never-ending, as the new reports reveal that almost two batteries of iPhones caught fire at two different Apple Stores where they were being repaired. 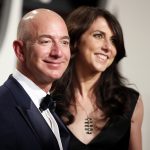