TechJuice > News > PIA | A Tale of Glory and Neglect

PIA | A Tale of Glory and Neglect 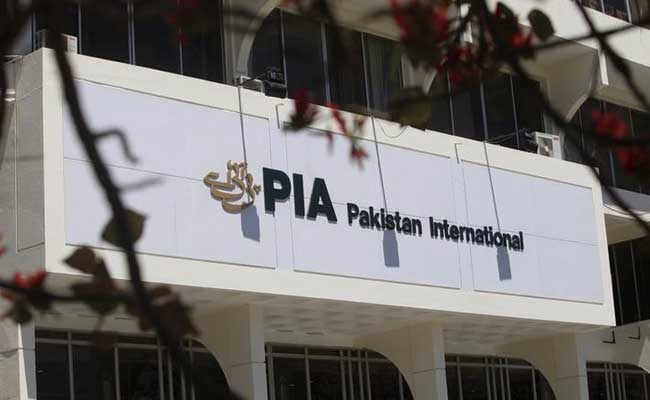 To create future or to only live by past glories; to pursue the aspirations of an eager nation or to sit back and let things slide, falling into a pit of oblivion. The answers seem fairly simple, however addressing these require real blood and sweat, a task much harder when you see the stakeholders’ dissonance compelling them to be bystanders as if there is nothing to lose. It is easier to predict failure but much harder to work out of it. Will we be cowed down in an atmosphere where doing anything invites attacks from all quarters and doing nothing is safe? Unfortunately for us, doing nothing is not an option, because on the other side there is nothing but utter darkness.

The airline has to keep flying, even if there are strong headwinds or a great tailwind. We embrace the commentary, criticism and the very valuable love and support for PIA. In an era of greater choice than ever before, people have the advantage of opting out, of walking away, of not bothering to look back or caring enough. This is why the dissenting voice is not to be ignored either. It is the voice of the patron and the voice of all those who care enough about PIA. It may sound like mockery, but the tenor of their argument is the simple plea for PIA to be great and be an aspiration of all Pakistanis, in short fulfilling the popular mantra, regaining glory for PIA.

PIA is always in the news, never as a corporate brand but as a current affairs item. Even recently, in an attempt to subdue the positive press being received by PIA in lieu of increased revenues and cost efficiencies, a news item has been placed in media suggesting that the revenue enhancement is mainly due to exchange rate gains. It categorically suggested that all the goodness came from natural and economic causes, just like some attribute the beginning of life as a mere natural chance. Though there are numerous counter-arguments suggesting otherwise, some of which will be briefly discussed below, the mere fact that PIA’s FY 2019 accounts are yet to be finalized, un-audited and unannounced, how can a learned individual obtain the statements and comment on the books, that to date are not released. Therefore, any remarks would be conjecture, mere speculation, something which is taken very seriously by the Securities & Exchange Commission of Pakistan as market manipulation.

However, for the clarity of our patrons and aficionados, we must share brief insights into our performance, which we can back up with data and documents for everyone to see. From the starting point only a few months ago to the milestones rapidly achieved, the shrinking gap is visible to the world. While the successive regimes barely kept the organization alive for political mileage, the people of Pakistan had already written off their national pride as deadwood. The frequent delays, grounded planes, filthy interiors, complaints of rudeness and lethargy by the once ‘great people to fly with’ and persistent losses were not uncommon news. In fact, the stories of rampant corruption and slackness towards duties were a routine matter, and do not need reminders. The thriving mafias resisting all reforms and curbs on corruption, and their political godfathers at the highest echelons of power extending an umbrella over all the nefarious activities, had held the management hostage and neutered to run even day to day matters. The tools were simple; sycophancy, luring, intimidation, injunctions and if all else failed, pressurization using media leaks and strategic placement of false information. The decisions to run the airline were not taken on the executive floor of PIA head office, rather elsewhere where decisions guided by vested interests were advised and compliance was desired. The company was getting pinned down with debt and aggravated by continuous losses as there was no vision or plan to steer the ship ramming against an iceberg. The maydays were unheard and subdued by a notion, strong prevailing among the employees and the owners alike; ‘PIA had always been like that’. To make matters worse, the regulators were granting overly liberal rights to foreign carriers, especially the giants coming from close quarters, who smelling blood were going for the kill, by capacity dumping and initiating stiff price wars. With our average product offering and no liquidity or vision or transparency to undertake any improvement initiative, PIA had no fight.

PIA suffered a loss of staggering PKR 392 Billion from 2008 to 2018, with PKR 162 Billion in the last three years alone. The owners aka the people of Pakistan and their representatives were unison in their voice to privatize PIA, however, with the legacy debt of over 460 billion and no plan to control further escalation, we were a bone that they simply could not swallow. The love was over, the purpose was already fulfilled. It is worth mentioning here that the seriousness was such that PIA had no business plan, nor were the books audited for the last three years, a cardinal sin for a listed company.

At this juncture, the concerned quarters of the Government of Pakistan attempted to make a last-ditch effort to save this once great institution from turning into rubble. New management was brought in with a mandate, and a lock and key. Instructions were simple, turn it around or shut it down; the government will not experiment with PIA anymore. It was not an unfair demand; the wheel did not need to be reinvented. Establishing management (taking control) and turning around the company using other similar stories as a benchmark was all that was required.

So the new management literally took over. The message from day one was clear, zero tolerance on corruption, be it financial, moral or ethical. The company’s resources are not to be misused. There shall be no compromise on fake credentials and influence from any external sources. Management structured the challenges into three parts, assess the gaps and improve the governance, coordinate with the government to control the onslaught of deep pocket carriers totally destroying the local aviation industry, as one airline had already collapsed, other on the verge of it and the national carrier totally bankrupt; and, develop and implement a long term business plan to steer the airline away from trouble. And the work started. The associations were restricted to their constitutional rights only. External influences were blocked. Flight Operations were restructured to meet market demand and their support set up followed. When 75% of the market originated from the north of Pakistan, the comfort of Karachi had to be abandoned to save on costs and improvement in operational efficiency. Fake credentials staff was terminated forthwith. Focus and energies were diverted on the product; on customers’ needs. The planes were cleaned and properly maintained using the same staff and resources. Meal menus were expanded and improved. Instead of letting the grounded planes rot and taking the easy way out of wet-leasing the aircraft, ground planes were maintained, upgraded and made fly worthy. Now all of PIA’s fleet is airborne enhancing our network tremendously and improving the revenue-generating capability. Those who track planes are welcome to check facts. The austerity drive reduced our operational costs by one third. It is a big feat because with the current economic conditions and unbridled inflation, considering that nearly 80% of our costs, direct and associated, are in foreign currency. Slightest hit in the exchange rate and policy rate overshoots our cost targets by miles and those are beyond our control. The depreciation of Pak Rupee was 30% against US Dollars complemented by a significant increase in finance cost due to an increase in policy rates (Avg policy rate, 2019: 12.39% & 2018: 7.26%).

This brings us to the revenue part and the notion that all the revenue growth came from dollar inflation. Yes, we are sincere to accept that a part of the growth did come from that factor, however, the percentage was only 17%, the rest came from 5 percentage point increase in seat factor or 270,000 additional passengers, better revenue and yield management. The overall impact is that we have already surpassed our ambitious revenue targets by a few months to spare. The reliability of PIA now stands north of 90%.

Despite having a strong urge to chest beat the numbers, we are holding back until audited by external accountants, due to SECP and PSX guidelines. However, we can safely report, that the operational losses have not increased contrary to the news being floated around. In fact, we would just urge all our patrons, to wait only for a few more months when we release the financial statements to the public. In the meantime, it would be our appeal to an eager nation, that does not let conspiracy theories pertaining to tactical level decisions deter your confidence in your national flag carrier. We will unapologetically pursue what is just and required. Rule of law will be upheld, management is available for any accountability and the confidence of an aspiring nation and the world will be restored in PIA. It might take time, as years of negligence cannot be fixed overnight but we are invested. The good news is, turbulent times are over, things are about to change in PIA as we have known them.