The Standing Committee of National Assembly (NA) of Pakistan on Information Technology & Telecommunication recently held a meeting in the Parliament Lodges, Islamabad under the Chairmanship of Mr. Ali Khan Jadoon. The NA’s committee on IT and Telecom raised its concerns over the Ministry’s role to support PTA and FIA in resolving cybercrime complaints and also discussed other important matters regarding the ICT sector of the country.

Ministry of IT and Telecom seems quite reluctant to get involved in new projects as well as maintaining the usual tasks. According to a press release by NA’s website, the committee has unanimously shown their concerns on the issue of objectionable material/ Complaints regarding cybercrime and fake social media accounts.

NA’s committee has directed the Ministry of IT and Telecom to take stringent measures to cope up with these issues with the help of PTA and FIA. In this regard, the Chairman Standing Committee on IT emphasized on the coordination between FIA and IT to improve the quality of work.

Meanwhile, PTA’s representative told the committee that with the help of its web analysis cell (WAC), it has processed 1,684 fake URLs/websites including 106 from Dailymotion, 851 from Facebook, 13 on Instagram, 211 Other/Misc, 277 on Twitter, and 243 on YouTube. The committee was further informed that the Ministry of Information and Broadcast (MoIB) has developed a Cyber Wing which reported about 71-fake accounts, defamatory/impersonation.

The CEO Ignite also briefed the committee on the agriculture-related projects/development and program. He said that they are developing “Maira Mawashi Application” for the betterment of the farmers in Pakistan. 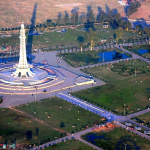 LDA’s e-permit system is under development