PTA Assures Connectivity Issues in Northern Pakistan are Being Addressed

The Pakistan Telecommunication Authority (PTA) said on Saturday that consumers in the northern portion of Pakistan are having connectivity issues due to the severe flash floods that have been occurring there.

Chitral, Upper Dir, Donbala, Swat, Medan, Lal Qila Samarbaghdir, Tank, and DI Khan were among the areas that were impacted by the outage, according to a statement issued by the regulatory body.

The PTA is “watching the situation closely,” and “work is underway to restore services,” stated the firm in a tweet.

During the past twenty-four hours, the unprecedented flooding affecting Khyber Pakhtunkhwa, with the Malakand division being the worst hit, has turned several cities in the province into a living hell. In some areas, whole communities were obliterated as the torrential waves overtook them. Dozens of people, including women and children, have been reported to have died due to the flooding.

In addition, large-scale destruction of property was reported from various parts of the province. This included well-known hotels, houses, shops, private buildings, and government installations. The gushing waters also wiped out thousands of acres of standing crops and hundreds of thousands of cattle. Dozens of bridges, including those that linked major cities, were also washed away. 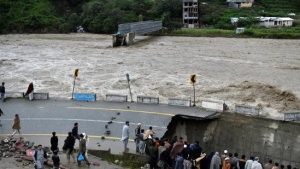 According to the official statistics, there have been around two dozen fatalities; however, the unofficial sources imply that the number of victims is significantly greater. In several municipalities, schools and other educational facilities, along with government buildings, have been ordered to shut their doors in preparation for the rehabilitation of flood victims. 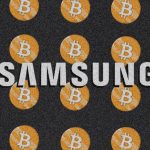 Samsung to Come up with Its Own Crypto Exchange in 2023