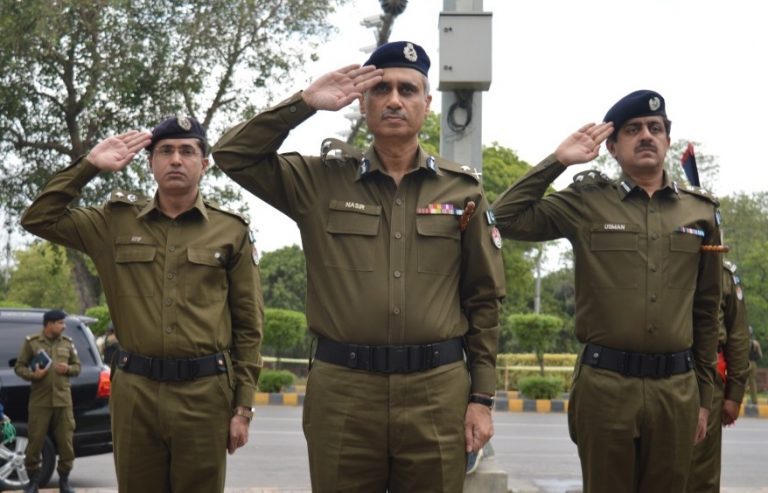 The IG Punjab Arif Nawaz during a cash and commendation certificates distribution ceremony applauded the performance of Punjab police for rescuing a girl child kidnapped for ransom. He said that the use of modern technology by the Police to solve this difficult and sensitive case is admirable.

The girl child Meerab was kidnapped from Ameen Park Lahore for ransom and was rescued safely by the police from Hafizabad. The police used the latest technology to track and rescue the girl in a short time span and handed her over safely to her family. IG Arif distributed commendation certificates and a cash amount of 280,000 among 13 officers and officials of Punjab police.

He further said that it was a challenging case and SP CIA Usman Ijaz Bajwa and his team successfully worked it out in a professional way to solve this case quickly. IG directed the police continue using the latest technology to carry out operations like these and protect the lives and properties of the public with the same dedication and professionalism, to restore public trust and confidence in Pakistan’s police.

Meanwhile, a five-member delegation from Pakistan led by DIG Special Protection Unit Sheikh Muhammad Umar departed for China to update the Chinese government about the security measures which the police has taken for the CPEC projects and Chinese officials.

The delegation will also discuss matters related to SPU Officials training, Communications, weapons, and vehicles. They will also brief relevant officials about the security arrangements for Chinese citizens, investors, and professionals in Pakistan.