As the co-founder of LinkedIn and a successful businessman, Reid Hoffman commands a lot of respect in the tech industry. He is also not used to being confronted. So when a young entrepreneur questioned his websites design, Hoffman remained tight-lipped. Well, at first.

At Fortune’s Brainstorm Tech Jourdan Urbach, the CTO of social video platform Ocho, confronted him saying that LinkedIn has one of the “least responsive, most confusing interfaces on the Internet.” Hoffman initially disagreed with this idea, but then reluctantly conceded. Here’s his response:

“Look, we work on it, we may work on it slower than we should. I think some people find it very confusing. That’s absolutely the case and there’s definitely more work we can do. There’s also people who work on it every day and actually, in fact, know how to do it. And we have a lot of complicated functionalities. So it’s not just uploading a picture hitting a “like”.”

His response clearly shows his reluctance in admitting the fact that LinkedIn’s design needs work. But also notice how he feels that other social networks don’t have that big a task and are easier to use because they have simpler functionalities.

We, at TechJuice, have never liked LinkedIn’s site design. Many of you may have noticed that when you respond to a connection request from the top bar, the requests don’t clear up to make way for new ones. You have to click ‘See All’ to check all. Whether LinkedIn is working a newer, friendlier design that remains to be seen. The cover photo concept in a professional profile seems pointless. Also, we don’t know if their UX team realizes this but the site’s interface reminds me of the 90’s; it is very slow and unresponsive. The news feed also needs to be brushed up a bit. We know it’s not some ‘regular social networking site’, but a little color would certainly make it aesthetically appealing. The stake holders need to realize the importance of a good web design because it significantly helps in improving your product.

You can read the complete interview here.

Is there a LinkedIn feature that annoys you? Let us know in the comments! 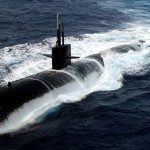